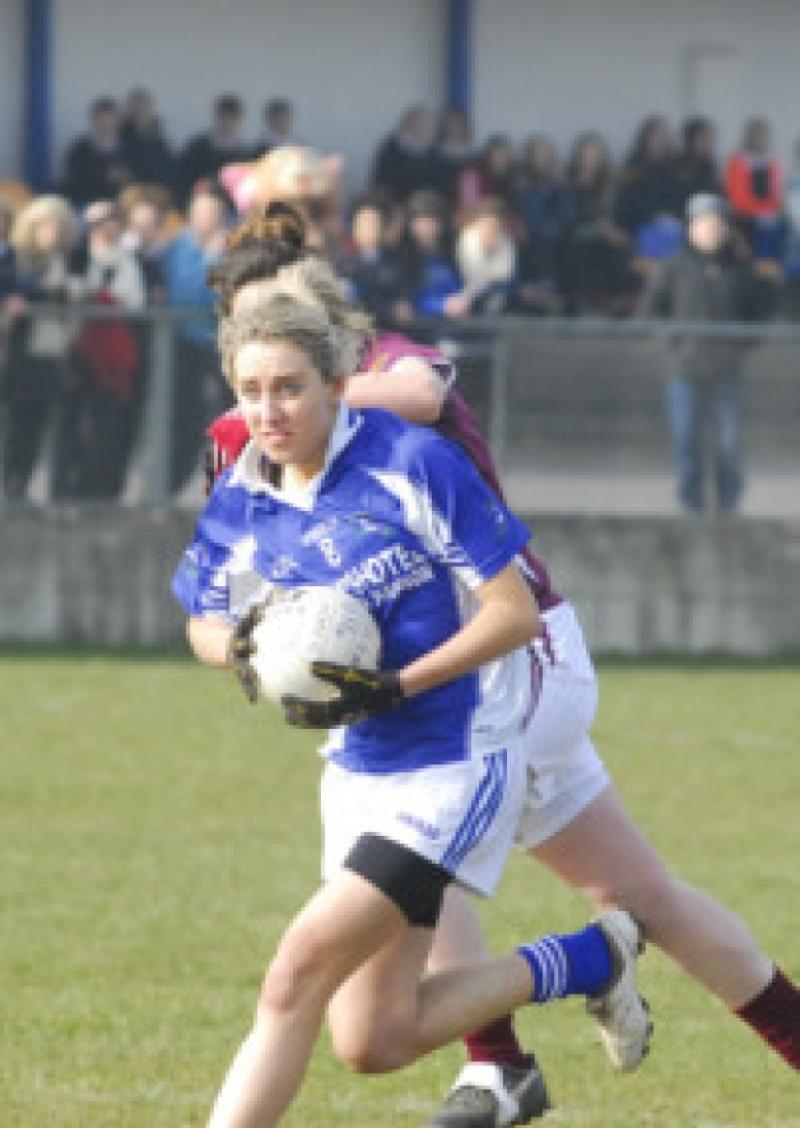 The dreams of reaching an All-Ireland Junior C Final came to a crashing end for Carrick-on-Shannon Community School when they were comprehensively beaten by St Michael’s Navan in Tuesday week’s semi-final in Mullahoran.

The dreams of reaching an All-Ireland Junior C Final came to a crashing end for Carrick-on-Shannon Community School when they were comprehensively beaten by St Michael’s Navan in Tuesday week’s semi-final in Mullahoran.

Carrick showed glimpses of the form that saw them clinch the Connacht title and they may point to missed chances having a detrimental impact on their chances but ultimately St Michael’s were better all over the pitch and emerged deserving winners.

Had the two penalties that Carrick CS been awarded in the first half found the net the sides would certainly have been closer at half-time but ultimately those misses had no bearing on the final outcome.

Eager to impose themselves on the game, Carrick opened the scoring after a bright start from midfielder Joanna Duignan and Aine O’Dowd converted a free. With the game barely four minutes old, Carrick had a chance to establish an early grip on the game when they were awarded a penalty after a foul on Katie Daly.

Unfortunately Emma Guckian’s effort was saved by Nicole Byrne and that missed opportunity seemed to upset the Carrick players and serve as a wake up call for St Michael’s who, with their first attack of note, struck the game’s opening goal. Kelly-Marie Harris’ dangerous delivery wasn’t dealt with Naoise De Graaff was on hand to goal from close range.

Navan would add three further points before Hannah Farrell replied with a point for Carrick but with 11 minutes of the half remaining St Michael’s launched a counter-attack with devastating speed that resulted in their second goal.

Wing-back Emma Cassidy ran unopposed through the midfield area before delivering a hopeful ball towards the Carrick goal. Cassidy’s delivery was missed by the defence allowing DeGraaff score her second goal.

Further points extended the Navan lead with DeGraaff scoring her third goal of the game with a minute of the half remaining.

Carrick were given a glimmer of hope a matter of seconds later when they were awarded a second penalty after Aine O’Dowd was fouled. Hannah Farrell took responsibility but once again Byrne was equal to the task as she saved her second penalty

There was to be a further blow for Carrick before the half time whistle sounded as Shauna Fitzgerald struck for St Michael’s fourth goal to give them a commanding 4-5 to 02 lead at the break.

With the wind at their backs, Carrick CS did score the first point of the second half, 15 seconds after the restart when Elise Bruen found Carrick’s best performer on the day, Katie Daly who duly slotted the ball between the uprights.

The next score of the game all but ended the game as a contest as Ruth Coughlan pounced for St Michael’s fifth goal following a short 45 that was not dealt with by the defence.

Katie Daly scored what would prove to be her side’s only goal when she ran at pace at the heart of the St Michael’s defence before unleashing a powerful shot to the top corner of the goal. Moments later Daly almost scored an identical goal but her shot crashed back off the crossbar.

With the teams swapping points, the final 10 minutes proved to be difficult for those cheering on the Leitrim school as St Michael’s continued to boss matters, Harris adding a sixth goal for the Meath school. Katie Daly replied with a consolation point but there was no doubt this was St Michael’s day and they finished with four unanswered points.

While the result may have been disappointing for the players who had their eyes on an All-Ireland final they deserve great credit for the success they’ve enjoyed this year and the honour of being crowned Connacht champions is something they can cherish.