Fenagh Cup won’t be relinquished without a fight 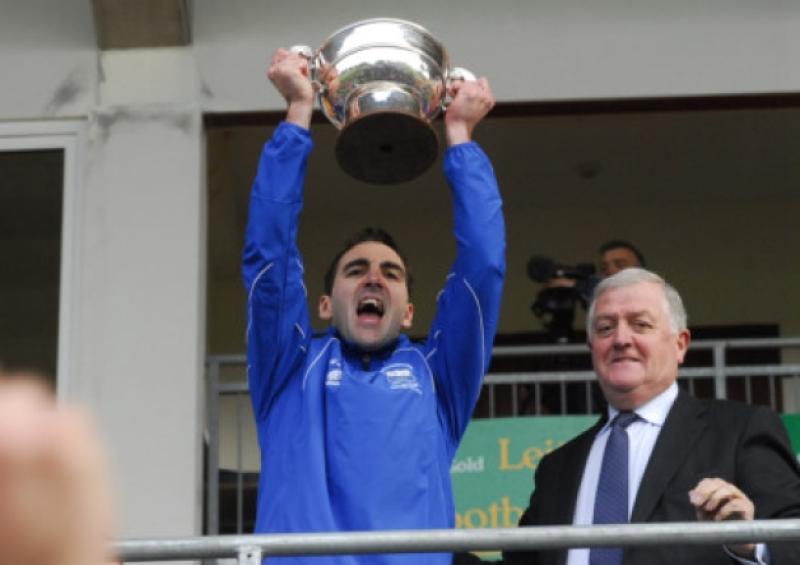 They may go into the opening weekend of the Connacht Gold Senior Championship as the team to beat but the man who last year lifted the Fenagh Cup, David McSharry, is all too aware that there are no shortage of teams looking to take Melvin Gaels’ crown.

They may go into the opening weekend of the Connacht Gold Senior Championship as the team to beat but the man who last year lifted the Fenagh Cup, David McSharry, is all too aware that there are no shortage of teams looking to take Melvin Gaels’ crown.

“It’s probably not for me to say who could win but there are five or six teams who will think they have a chance of winning and then some underdogs who will be looking to take a scalp,” David told the Observer earlier in the week.

After the euphoria of last year’s triumph, Melvin Gaels have had a difficult winter. Player departures and injuries have altered the look of the Kinlough team while a change of management means it has been a year of transition thus far. However, an impressive win over Annaduff last weekend in Division 1 suggests Melvin Gaels may have found form at just the right time ahead of their championship opener against Carrigallen on Saturday evening.

“There are five or six gone in total and there have been a few injuries but a new manager has come in and hopefully it is coming together at the right time. Some of the U-21 and minor players have got game time, there has been a lot of fresh blood but the form has been up and down in the league.”

The earlier start to the championship has posed a new problem for teams as they have to aim to find peak form and fitness in late May rather than late July or August as had been the case in recent years. Talking about the challenges that lie ahead David said, “It’s going to be different for everyone to be sharper earlier in the year, it’s all about hitting form at the right time.”

Although last year’s final, against their great rivals Glencar/Manorhamilton, proved to be an unforgettable day for all associated with Kinlough, for David there was a tinge of regret as he was forced off injured in the opening half. Reflecting on the game he said, “From my own perspective I would have liked to have played the whole game but we were on a mission from the start of the year to win and it was a great boost for the town.”

When it was put to him that beating Glencar/Manorhamilton in the final would have made the victory all the sweeter, David acknowledged, “It was an added bonus to beat them but you have to beat everyone you come up against if you want to win it. We knew we had it in us. We didn’t achieve what we could have in the years before that and relegation (in 2010) was a turning point for us.”

Looking to the challenge that will be posed by Carrigallen this weekend David stressed that although focus has only just turned to the championship, he knows Saturday’s game will certainly not be easy.

“We were focused on the league until last weekend and now we start to prepare for Carrigallen. They have Gary Reynolds back and it’s great to see him back but we know they’ll not be easy beaten. We beat them last year and they’ll be looking to take a scalp against the defending champions.”

They may not be the favourites to emerge victorious in this year’s senior championship but David was adamant that the Kinlough men will not be relinquishing their title without a serious battle. “It is always difficult to retain a title but we are training hard and we are not going to let it go without a fight.”