Glencar/Manor pull away in the end 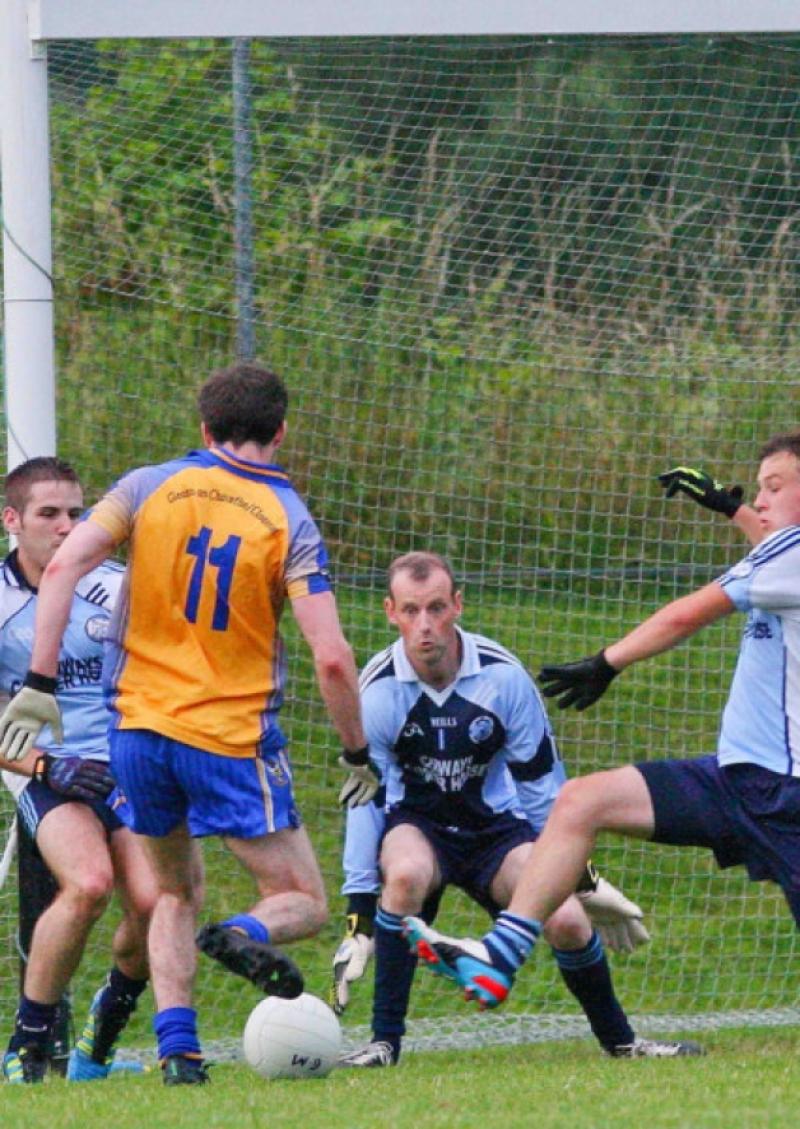 After a tight first half, Glencar/Manorhamilton eventually pulled away from a persistent Allen Gaels in Ballinamore last Saturday.

After a tight first half, Glencar/Manorhamilton eventually pulled away from a persistent Allen Gaels in Ballinamore last Saturday.

Allen Gaels matched Manor almost stride for stride in the first half despite suffering the loss of Nicholas Moore through injury after 14 minutes. Moore had already shot two points for Allen Gaels prior to having to come off and after he had caused quite a number of headaches for the Glencar/Manor defence.

It took a Colin Ryan goal ten minutes from time to put the game out of reach of Allen Gaels. Given their injury problems, the League leaders will be happy with a win that virtually guarantees them a place in the quarter-finals.

Allen Gaels need only better the result to Drumreilly to make the quarter-finals.

Glencar/Manor got a dream start with Adrian Croal and Evan Sweeney pointing but Allen Gaels kept in touch with points from Brian Mulvey and Moore.

James Glancy doubled the lead but Moore and Martin Beirne hit back for the Gaels. Niall Brady & Evan Sweeney edged Manor back in front but Emmet Burke kept the Durmshanbo men in touch with three frees but points from Croal & Sweeney gave Glencar/Manor a 0-8 to 0-7 halftime lead.