Eslin grind out win over Cloone 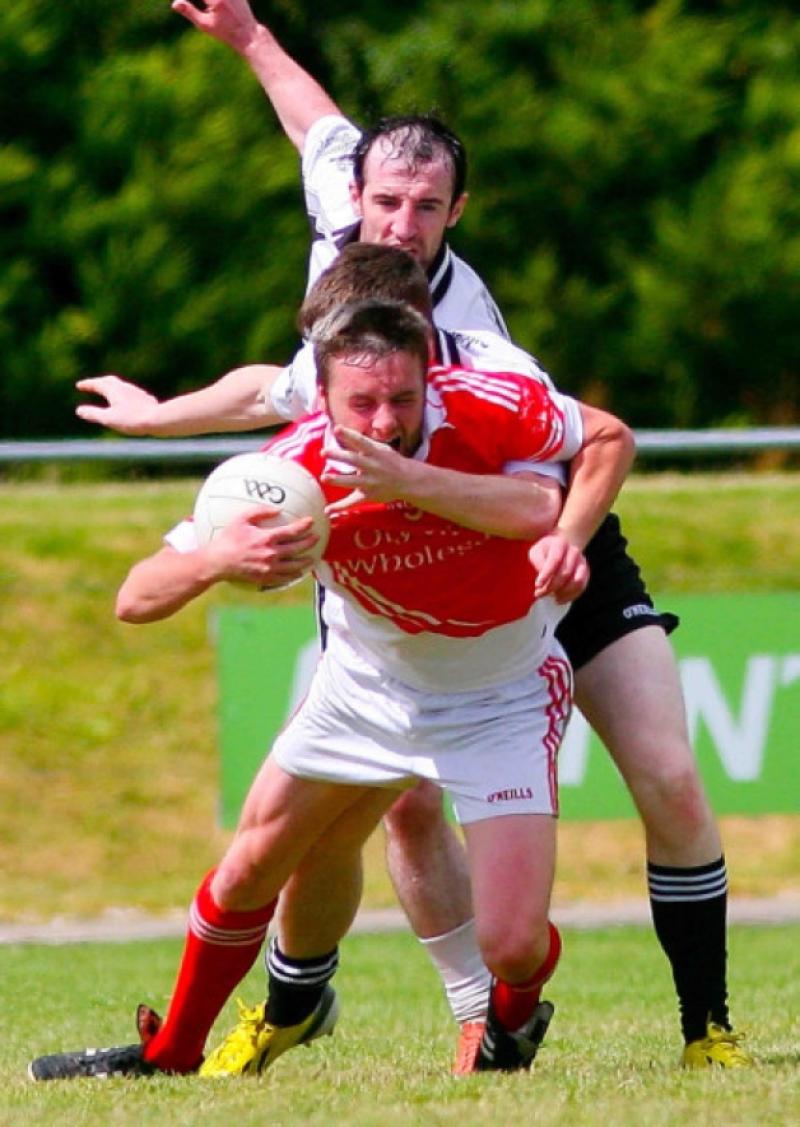 Conor Beirne proved the difference between the teams in an uncompromising GWP Intermediate Championship clash in Carrigallen.

Conor Beirne proved the difference between the teams in an uncompromising GWP Intermediate Championship clash in Carrigallen.

This was a tough, uncompromising encounter, with no quarter asked or given. The only difference between these two teams was the ability of Conor Beirne to kick points when presented with the chance.

Eslin suffered a blow when Beirne’s penalty was excellently saved by Ciaran Casey but Beirne made amends with a point from a 40 metre free. Cloone finished the half as they had started with three good points from Seamus McGuire, Gavin Reynolds and Brian Mulvey added a point to leave the half time score 0-5 to 0-4 in favour of Cloone.

Conor Beirne scored two further points to put Eslin one point ahead again but Cloone gained the upperhand with Damien O’Donnell and Mark Creegan both scoring points before Brian Mulvey found the net to put Cloone four points up.

A clash of heads between Gavin Reynolds and Eamon Stenson seemed to break Cloones’s momentum as they failed to score in the final eight minutes. Beirne hit a free and scored from play as Eslin lost Pauric McNulty with an eye injury and, as he had done all day, Conor Beirne levelled the scores in the final minute of injury time and followed it up with another pointed free.

Cloone will be disappointed with this loss but Ciaran Casey, Seamus McGuire, Gavin Reynolds, Brian Mulvey, Ronan Mulvey and Mickey Lohan tried their best for Cloone while on the otherhand Paul Kilcrann, Barry Bohan, Pauric McNulty, Tomás Beirne, Eamon and Joseph Stenson and the free scoring Conor Beirne did most to get Eslin over the line.