Carrigallen too strong for Kiltubrid 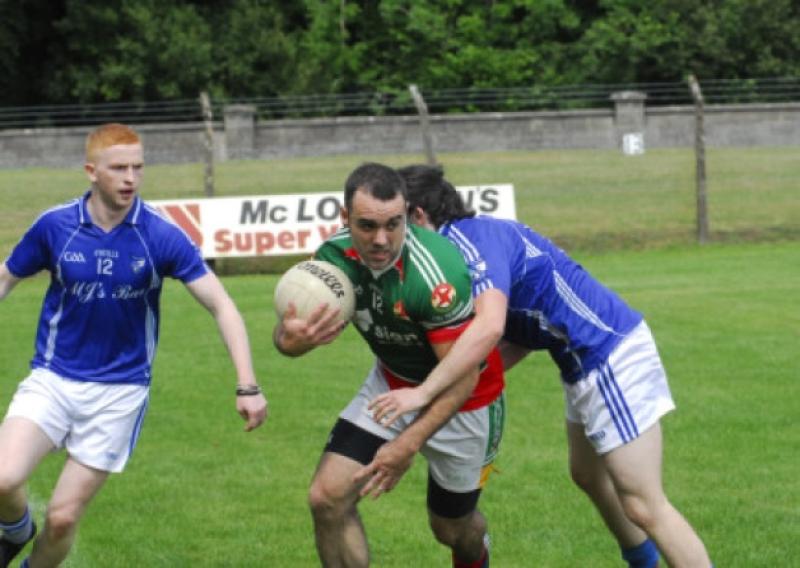 Carrigallen got their championship back on track with a comprehensive Group 2 victory over a plucky Kiltubrid last Sunday in Cloone.

Carrigallen got their championship back on track with a comprehensive Group 2 victory over a plucky Kiltubrid last Sunday in Cloone.

With both teams losing in the first round, victory was an imperative and Carrigallen weren’t long about setting out their stall when Conor Doonan fisted a ffity to the net after just seven minutes.

Kiltubrid fought as well as they could with limited resources but they couldn’t match Carrigallen’s strength, with a few of the younger Carrigallen players stepping up to match the influence of veterans Benny O’Rourke and Andrew McManus.

The result puts Carrigallen back in contention but Kiltubrid go into a relegation battle.

Benny O’Rourke added a point but Kiltubrid showed their fighting spirit with three unanswered points from Mahon (2) and Stephen Guckian to leave a point between the teams. Carrigallen hit back with points from O’Rourke and Gerard Percival before Percival sped through to fire a great shot to the Kiltubrid net with six minutes left in the half.

Two further points left Carrigallen 2-7 to 0-5 ahead and the game was truly killed off when Conor Doonan drilled a spot kick to the net just seconds after the break.

Kiltubrid kept battling away but despite scores from sub James Gill, Mahon and Aidan Bohan, Carrigallen kept the scoreboard ticking over with points from Percival (2) and O’Rourke before two late points from Earley and Mahon closed the gap down to ten points at the final whistle.