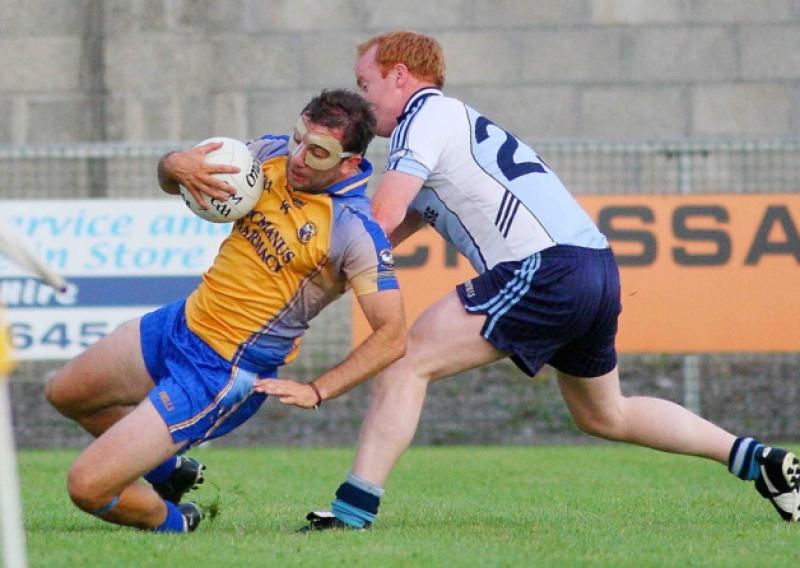 Drumkeerin secured their place in the last eight of the Intermediate Championship with a deserved but hard fought win over Fenagh.

Drumkeerin secured their place in the last eight of the Intermediate Championship with a deserved but hard fought win over Fenagh.

Last Saturday’s game in Pairc Sean MacDiarmada saw Drumkeerin start impressively but a failure to build on their bright opening meant Fenagh were in contention until the later stages of the game.

Ultimately Edward McTiernan’s composed finish to the Fenagh goal, 10 minutes into the second half, went a long way towards securing victory.

Cathal McCauley, Feilim McHugh and Declan Daly were all key to Drumkeerin’s success but the undoubted hero was John Cullen who ran himself into the ground for his team’s cause.

It was Cullen who scored the first point of the game and after Edward McTiernan (free) and two Colm Clarke points, one from a 45 it was looking as though it would be a routine victory for Drumkeerin.

Donal Wrynn opened the scoring for Fenagh in the ninth minute but that was cancelled out by an excellent Jamie Langan point.

However, Fenagh were growing into the contest and with the wind at their backs reduced the deficit with points from Fergal Ellis and two further Donal Wrynn frees.

With 10 minutes of the half remaining Jamie Langan pointed for Drumkeerin but it was Fenagh who finished the half on a high. In injury time Martin Doonan pointed to give Fenagh a 0-7 to 0-6 lead.

Jamie Langan’s free at the start of the second was cancelled out by a Martin Doonan point but Drumkeerin looked stronger with Clarke pulling the strings from centre-back. In the space of two minutes Drumkeerin made a big push for victory as Edward McTiernan scored 1-1 in quick succession.

However, Drumkeerin made another push for victory with points from James Gallagher (two), Cullen and McCauley.

The tireless work of John Cullen who could be found anywhere on the pitch from full-forward to behind the midfield was pivotal to his side’s success and it was little surprise when he was withdrawn suffering from cramp.

Fenagh kept battling and points from Niall Butler and Michael Doonan reduced the deficit to four points with three minutes of the game remaining.

Ultimately this was to be Drumkeerin’s day and victory was secured when Langan scored a late point.