London win over Sligo “no surprise” 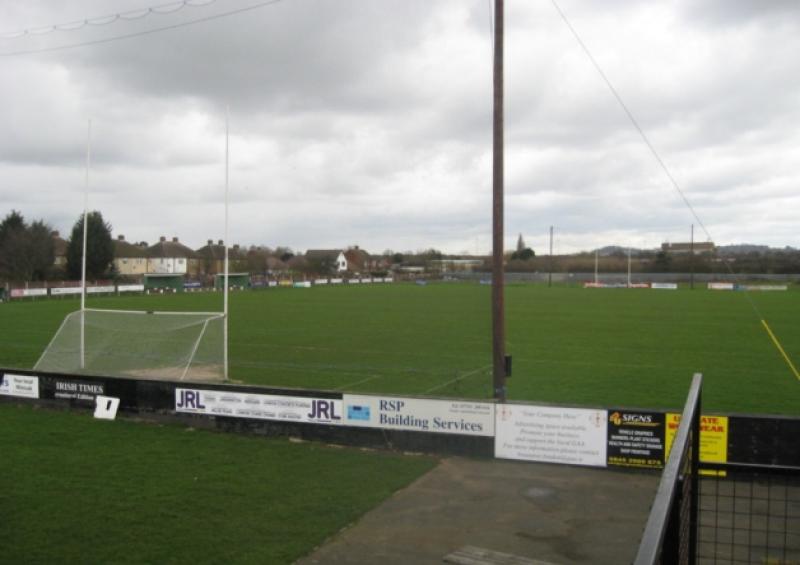 Arguably the biggest surprise surrounding London’s quarter-final win over Sligo, was that it came as such a shock across the sea at ‘home’.

Arguably the biggest surprise surrounding London’s quarter-final win over Sligo, was that it came as such a shock across the sea at ‘home’.

Make no mistake, a second London win in Connacht, and their first since 1977, had been coming.

Twelve months ago Leitrim sneaked out of Ruislip with a one-point win, while in 2011 Mayo were given the fright of their lives and needed extra-time to see off Paul Coggins’ side. Sligo weren’t so lucky.

This year there was a genuine sense that this could be London’s time, and it wasn’t just the blind optimism that can sometimes cloud the judgement when championship comes around.

Coggins’ team went into the championship on the back of the county’s best-ever National League campaign for many a year.

Granted, it yielded one solitary win but it could so easily have been four, with the Exiles losing out narrowly to Carlow (one point), Limerick (one point) and to Leitrim by two points in Carrick.

Indeed, while Sligo did hit the crossbar twice at Ruislip, London could argue that they earnt their slice of luck having been denied by the crossbar against Leitrim and Limerick.

Despite the one-point winning margin against Sligo, make no mistake London were worthy winners. It wasn’t until the Exiles were reduced to 14-men in the 50th minute, when Sligo native Padraig McGoldrick picked up a second yellow with London leading by seven, that Sligo were able to get on top.

One of the reasons for London optimism going into the Sligo game was the unprecedented level of consistency within Coggins’ panel.

Of the 15 that took to the field against Leitrim in last year’s championship meeting, the London manager was able to call upon 11 of those against Sligo.

Normally London’s ever revolving door would have taken a heavy toll over the winter.

If Sligo were taken by surprise at Ruislip, having not faced the Exiles since 2008, then Leitrim will not have that excuse, such is the two sides’ familiarity with each other.

Likewise, London should have no fear at heading to Carrick. Not only is it an environment they’re very familiar with, but the media glare that accompanied their historic win over Fermanagh in 2011 in Round 1 of the All Ireland qualifiers undoubtedly proved distraction.

When the Exiles then faced Waterford at Ruislip in Round 2 they did so under a weight of expectation, which they had not experienced before as a collective panel.

An away semi-final in Carrick, therefore, might actually work to their advantage.

Despite four players being dropped from the panel, Leitrim remain favourites and the pressure will be on them in front of their home support to deliver a first Connacht Championship final appearance since 2000.

London will be trying to make history of their own – a first-ever appearance in a Connacht Championship final.

Tasked with taking the county into unchartered territory is a panel with players from the length and breadth of Ireland, but with no little previous intercounty experience.

Midfielder Mark Gottsche was on the Galway panel, forward Padraig McGoldrick won a Junior All Ireland with Sligo, Lorcan Mulvey (whose parents are from Carrick) spent eight years on the Cavan panel, Graham Carr played for Louth, Kevin Lynam for Offaly, Paul Geraghty for Galway, Damien Dunleavy for Galway and captain Seamus Hannon for Longford.

They’ve been augmented recently by Dubliner Colin Daly, who won a Junior All Ireland with the Dubs and was on the Senior panel in 2008 and 2009.

Daly could fill the role of impact sub given to Geraghty against Sligo, as Geraghty is an injury doubt.

Corner back Lynam is another injury concern, having picked up a hamstring injury against Sligo. Brian Collins from Sligo could start having done a good job when he replaced Lynam.