Aughnasheelin march on to last eight 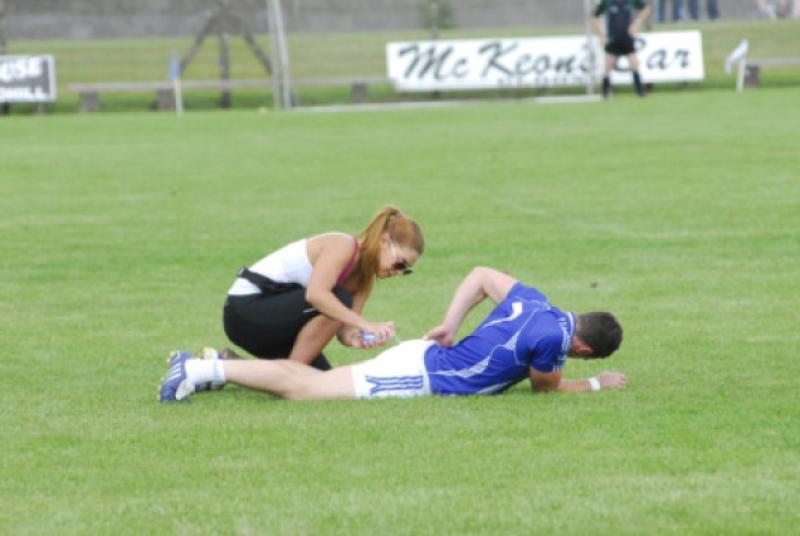 Three Aughnasheelin goals in the final minutes put a gloss on the final score but there was no denying the better team had emerged victorious.

Three Aughnasheelin goals in the final minutes put a gloss on the final score but there was no denying the better team had emerged victorious.

Leitrim Gaels recovered from a very sluggish start that saw Aughnasheelin race into a six point lead with the midfield duo of Sean McWeeney and Keith Boyle dictating matters while Gavin Sammon caused plenty of problems.

Realising that the game was slipping away from them the Leitrim Gaels management took the decision to make an early double substitution and the introduction of Enda Moreton and Michael McManus was significant as Aughnasheelin were suddenly under pressure for the first time.

With Leitrim Gaels improving considerably and some wayward Aughnasheelin shooting, the lead was reduced.

Ricki Wynne showed glimpses of his trickery but for much of the game he was well marshalled while Aidan Flynn did his utmost to get his team back in contention.

Trailing by four points, 0-9 to 0-5, three minutes after the restart the Gaels supporters were on their feet when Enda Moreton was on hand to find the Aughnasheelin goal from close range.

Hopes may have been high that a surprise victory was on the cards but Aughnasheelin stepped up their performance considerably.

Victory was secured with late goals from Gavin Sammon, a Cathal Egan penalty and Joe Earley as Aughnasheelin clinched their place in the quarter final while Leitrim Gaels must now concentrate on ensuring they maintain their intermediate status.