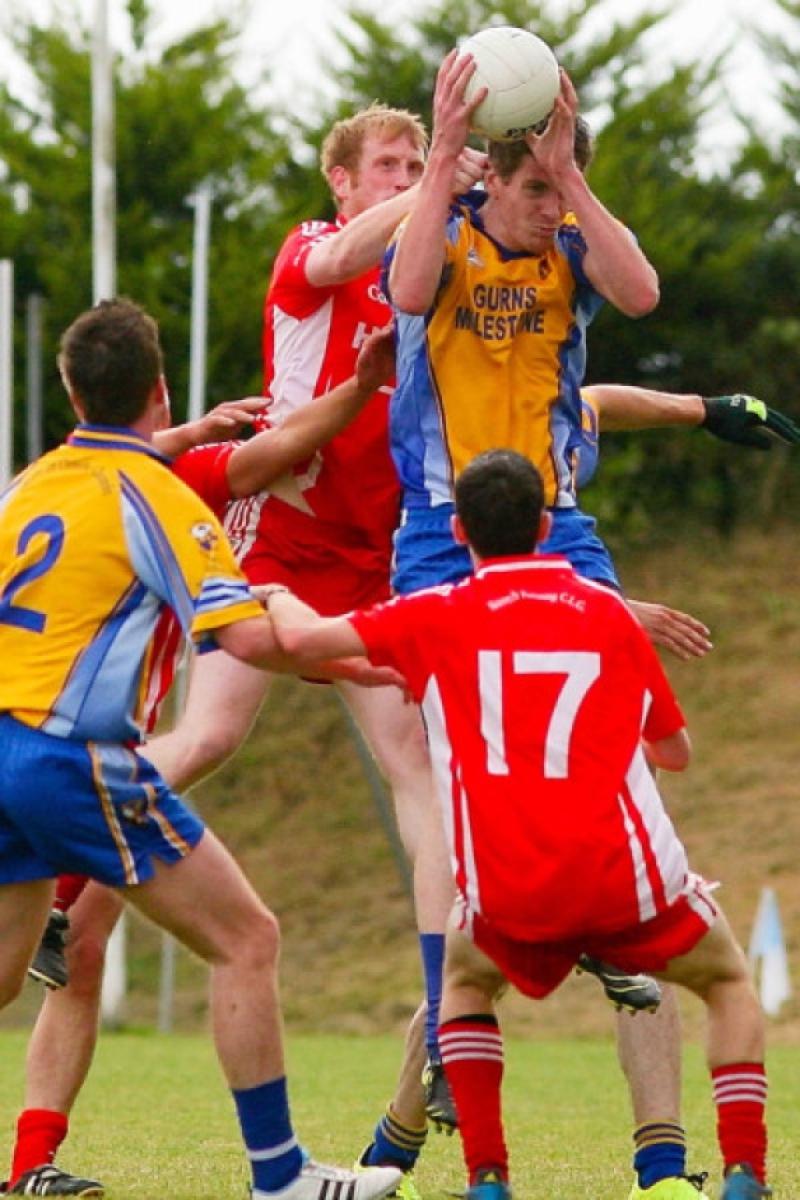 In a totally one sided mismatch, Ballinamore Séan O’Heslins completely out classed a poor Aughavas outfit by a whopping 35 points.

In a totally one sided mismatch, Ballinamore Séan O’Heslins completely out classed a poor Aughavas outfit by a whopping 35 points.

With Shane Moran in total control around the middle of the field and Wayne McKeon making surging runs up through the centre unopposed, the Ballinamore men were 13 points to no score ahead at half time.

The scale of the victory must be one of the biggest of recent years involving two first string outfits and does not bode well for an injury hit Aughavas’s hopes of avoiding the drop back to the Junior ranks. The result confirms Ballinamore’s position as favourites for the title but they will face a sterner test for a Cloone team who were unlucky not to get a result against Eslin.

Luke Murphy, Shane Murphy, Sean Murray, Shane McWeeney, Moran and McKeon all got in on the scoring act. Aughavas attacks were few and the two chances they got were driven wide.

The second half got even worse for Aughavas as O’Heslins pilled on the pressure. James McWeeney, Liam Ferguson, and super sub Ryan Gavin with a couple of goals all added to the scorers all ready mentioned. Aughavas had a few chances but missed them until finally Michael Moran pointed for Aughavas just before Referee Pat Flanagan called full time.

Sean O Heslins are already hot favourites for the Intermediate Championship and this will result will only make that position as the more unbackable. They face, however, a Cloone team motivated to do well next Saturday in what may be a tough test. Aughavas on the otherhand, a team decimated by emigration, will not have happy memories of this encounter.