Butler points the way for St. Mary’s in thriller 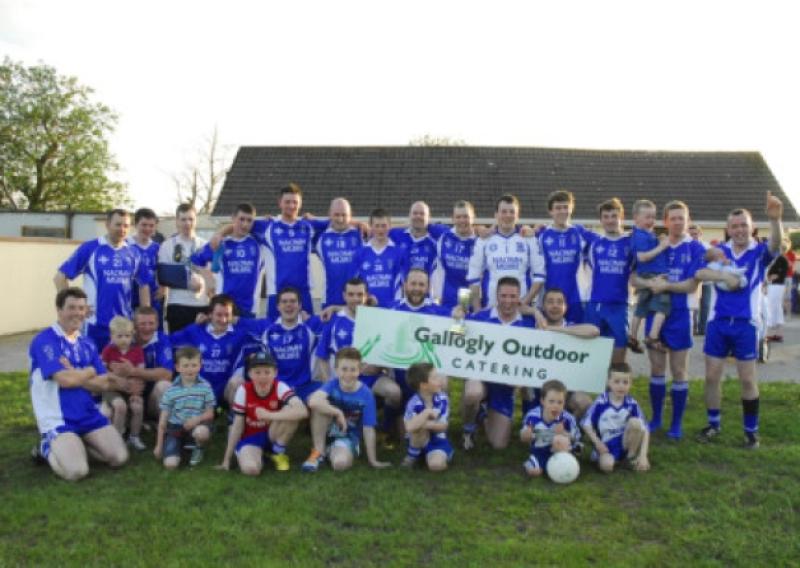 St. Mary’s had got off to a blistering start, going into a seven point lead as they looked a class above the Ballinamore men in the first half but then O’Heslin’s suddenly found their form and, for the last 40 minutes, it was the Carrick side who were under pressure.

Twice O’Heslin’s cut the gap to the Carrick men to a point and even drew level but each time, St. Mary’s suddenly found a burst of life, no more devastating than when Donal Butler fired over three long range beauties with less than five minutes to go to kill off what seemed like a winning O’Heslin’s charge.

The game was a contrast between a younger O’Heslin’s and a more experienced St. Mary’s and it was a very entertaining and exciting game, certainly not what you’d expect from Division 5 and a tribute to both teams on their efforts on a great evening.

The early exchanges were tight Mary’s holding a one point lead before a mistake saw Donal Butler get in behind the defence to rifle a shot to the net on nine minutes.

Carrick were dominating and despite a huge Brian Beirne score, Mary’s extended their lead with points from Donal Butler, Ross McLoughlin, Tom Crowe and Cian O’Reilly. O’Heslin’s were not going down with a fight and suddenly found their form - Walsh with two and three brilliant Paul Prior points left Ballinamore trailing by a goal at the halftime break.

Beirne got another monster score just after the break with O’Reilly responding but two Prior points, one a brilliant long range effort, left just a point it.

However, Mary’s looked to have taken a grip on the game when they were awarded a penalty for a foul on O’Reilly but the corner-forward blasted his kick over the bar. Donal Butler added a point but Ballinamore were charging forward and Andrew Burns started cutting through the defence with ease.

Three wonderful Burns points, two set up by Finian Sharpley and one that needed William Guckian to tip the ball over the bar, had the sides level with five minutes to go.

But from their slumber, St. Mary’s awoke - Butler hit two great long range points and then somehow escaped three defenders to blast over a third and the game was all over.

Ballinamore kept battling with Burns blasting a shot just over the bar but St. Mary’s stood firm to claim the win.