All too easy for impressive St. Mary’s 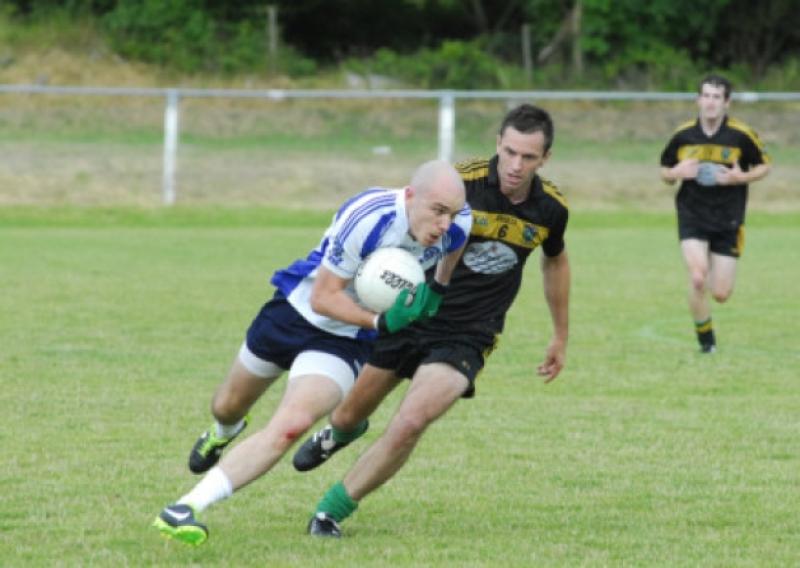 Led by an impressive Robbie Lowe, St. Mary’s demolished the challenge of a completely out of sorts Bornacoola to take control of Group One.

Led by an impressive Robbie Lowe, St. Mary’s demolished the challenge of a completely out of sorts Bornacoola to take control of Group One.

County star Lowe was the cutting edge of a very sharp St. Mary’s attack that ran Bornacoola ragged in the first half, their speed of movment and slick passing too much for an overworked backline as the Carrick men led by an impressive 0-10 to 0-1 at halftime.

Bornacoola improved in the second half but they were never going to make any real headway against a tight Mary’s defence who sent out a serious signal that they are a team to definitely watch this year.

Lowe was the stand-out but Mary’s can be pleased by the displays of Clement Cunniffe, Daniel Lowe, Brian O’Donnell, Ray Mulvey, Conor Farrell & James Glancy.

Two Robbie Lowe points in the first three minutes got Mary’s off to a good start and they followed up with three frees from Alan Doherty, three from play from Brian O’Donnell and one from Conor Farrell before Mark McCloskey opened Bornacoola’s account with a 25th minute free.

A Joe O’Rourke point left St. Mary’s 0-10 to 0-1 ahead at the break and all heat gone from the game. Bornacoola improved after the break but it took 10 minutes to open their account with a tenth minute Anthony Mulligan free.

Sean McKeon, Trevor Howard and McKeon again added points for the Bors but St. Mary’s kept track with points from sub Ray Mulvey (2) and Jack De Lacy before they applied a killer finish with an unanswered 2-2.

Lowe timed his run perfectly to palm a Mulvey cross to the net and Brian O’Donnell showed a deft touch to chip the keeper with Lowe adding two more points before the final whistle to complete a very easy win.