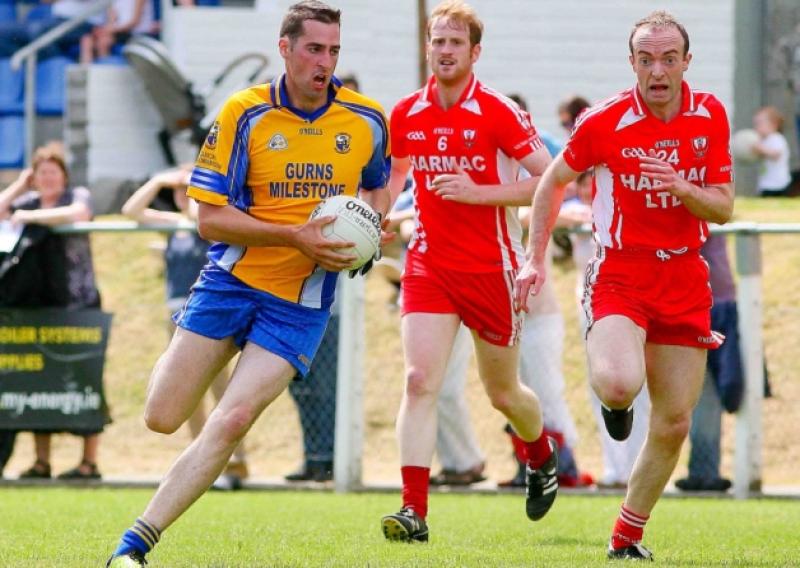 St. Patrick’s Dromahair came from behind to edge out Glencar/Manor in the final eight minutes of Sunday’s competitive Group 2 clash in Drumshanbo.

St. Patrick’s Dromahair came from behind to edge out Glencar/Manor in the final eight minutes of Sunday’s competitive Group 2 clash in Drumshanbo.

Sean McTiernan turned the tide for Dromahair when he shot a 52nd minute goal that put his side in front for the first time in the contest.

After a shock loss in the first round to Glenfarne/Kilty, Dromahair’s chances of going one step further than their Final appearance of last year took a major blow with the loss of County players Paddy McGowan (injury) and Kevin Conlan but this win keeps their hopes alive.

Dromahair must get a draw at least against Ballinaglera next weekend to ensure their place in the quarter-finals as a win for Glencar/Manor’s second string and Ballinaglera would see them in a relegation playoff.

Glencar/Manorhamilton were completely on top during the first quarter as Aaron Hickey put his side four points up after four unanswered frees in succession. Conor Dolan shot the game’s first point from play when he scored in the 14th minute.

Glencar/Manor had a let off two minutes later when keeper Gary Hickey made a point blank stop from a goal bound Conor Kelly shot after 16 minutes. Hickey parried Kelly’s pile driver which came to Jamie Conlan who opened Dromahair’s account by putting the rebound over the bar.

Cian Clinton & Aaron Hickey swapped points before Dromahair finished the half strongly with points from Conor Farrell, Conor Kelly and Cian Clinton to give a halftime scoreline of 0-6 to 0-5 in favour of Glencar/Manor.

The Manorhamilton side extended their lead within two minutes of the second half when Hickey tapped over his sixth free and Conor Dolan pointed from play.

But Dromahair replied with three unanswered points over the next 15 minutes, Clinton converting a massive 60 metre free and Kelly and Farrell adding points from play to put the game back in the melting pot.

Dolan hit over a 48th minute from play but Dromahair took the lead for the first time four minutes later after Sean McTiernan hammered home an unstoppable shot to the net.

McTiernan immediately followed up with a point and despite another Hickey free, Dromahair held out for the win that keeps their championship hopes alive.