Leitrim face step up in class against powerful Kildare 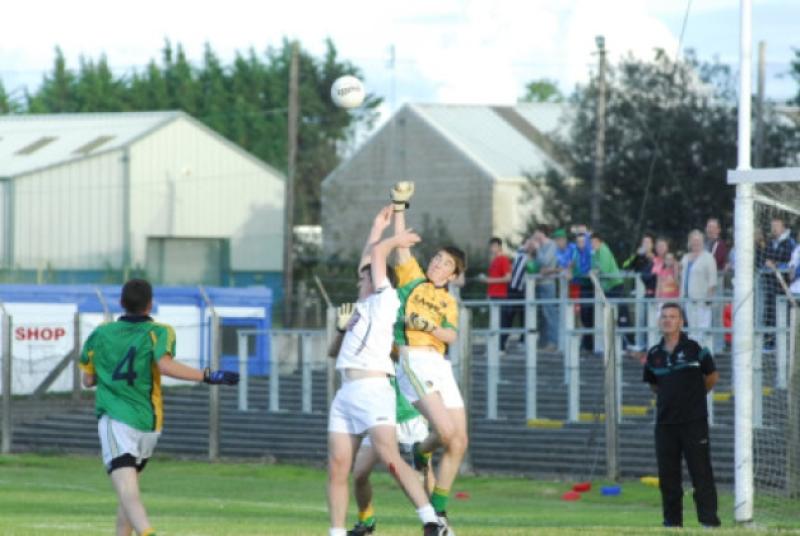 The Leitrim U-16’s have deservedly been receiving a lot of praise in recent weeks but last Monday night they faced a significant step up in class.

The Leitrim U-16’s have deservedly been receiving a lot of praise in recent weeks but last Monday night they faced a significant step up in class.

Having impressed in both the Ted Webb and Fr Manning Cup competitions Leitrim went in to last Monday night’s Fr Manning Cup game in Pairc Sean MacDiarmada knowing a win would leave them in pole position to claim a final spot.

However, despite falling behind to an early Leitrim goal, Kildare proved to be formidable opponents. Not only were they physically very strong, the Lilywhites were all clever in position, very aware of the well timed and angled runs of their team mates and precise both in front of goal and in the tackle.

Ethan O’Donoghue, Stefan Lawlor and Aaron Murphy were dominant for Kildare, winning more than their fair share of breaking ball

However, for all Kildare’s early promise it was Leitrim who struck first. A dangerous ball was delivered from wide, across the Kildare goal and from a tight angle Conor Cullen placed his shot perfectly across Declan Campbell and into the corner of the Kildare goal.

Kildare made light of that setback and responded with three unanswered points and then Stefan Lawlor was on hand to goal from close range.

Only for the heroics of Leitrim goalkeeper Luke Sheridan, the deficit facing the home side could have been considerably greater.

Conor Cullen reduced the deficit to three points with a Leitrim point but Kildare replied with four unanswered points before the first half scoring was completed by Robbie Cunningham who converted a free to leave the score at the interval 1-8 to 1-2 in favour of the visitors.

Having been perhaps slightly overawed in the opening half Leitrim looked more relaxed in the second half and gave glimpses of what they are capable of as an attacking force.

Robbie Cunningham opened the second half scoring from a free and although Kildare responded with points from Eoin Lawless and Niall O’Neill, Leitrim were looking much more competitive.

Cunningham added to his tally with another free and minutes later he had the home support on their feet when he struck an excellent point from a wide left position.

Although there was just four points between the teams, Kildare always seemed able to keep Leitrim at arms length and substitute Stephen McGlynn struck twice to further increase his side’s lead.

With both sides making a number of changes the game edged towards a somewhat inevitable conclusion but not before Kildare’s Peter Howard struck for his side’s second goal.

Wayne Reynolds came agonisingly close to finding the Kildare goal in the closing stages but his shot flashed across the goal.

Leitrim did bring the scoring to a close when another substitute, Ronan Gordon converted his second free.