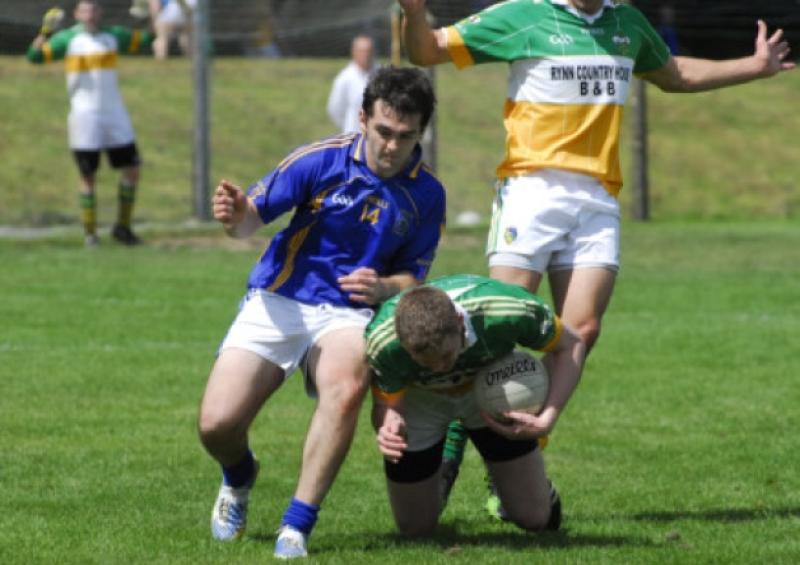 A more clinical and composed Aughawillan were in control for most of this game as Gortletteragh, who dominated possession but shot some appalling wides, had no answer to the street smarts of the Willies.

A goal in the last seconds of normal time, punched to the net by a diving Cathal Quinn, left just a point between the teams but Aughawillan looked to have weathered the storm with two further points.

But the drama wasn’t over as Gortletteragh tapped over a free and then Cathal McCrann somehow got his fist to a long Niall Duffy delivery with keeper Colin Maguire and a defender right on top of him, the ball trickling across the line to give Gortletteragh an unlikely win.

Gortletteragh, it has to be said, had enough chances to win the game but their shooting and general play was very much off for a long time.

The result leaves Aughawillan out of the playoffs and ina relegation battle while Gortletteragh’s campaign has been handed a major boost.

Gortletteragh started better but wides cost them as the sides were level at three points apiece on 15 minutes as they had five wides. But once an impressive Ryan Creamer levelled, Aughawillan moved up a gear with points from Gary Plunkett and Morgan Quinn before halftime.

Aughawillan’s one point lead was impressively increased as Gary Plunkett hit four points in the first seven minutes of the second half and his brother Mark added another.

But a silly foul on Cathal McCrann as he shot led to a penalty, expertly converted by Padraig Gallagher to revive Gortletteragh but despite a McCrann free, Aughawillan replied with points from Morgan Quinn and Plunkett.

Incredibly, Gortletteragh won another penalty when keeper Colin Maguire rashly charged off his line to clatter into Gallagher but this time, the spot kick was saved.

Gortletteragh started to increasingly dominate but hit some awful wides but with McCrann moved into full-forward, a long free broke off him and as the ball bounced up, Cathal Quinn launched himself at it to fist the ball to the net with seconds left in normal time.