Ladies replay goes to the wire 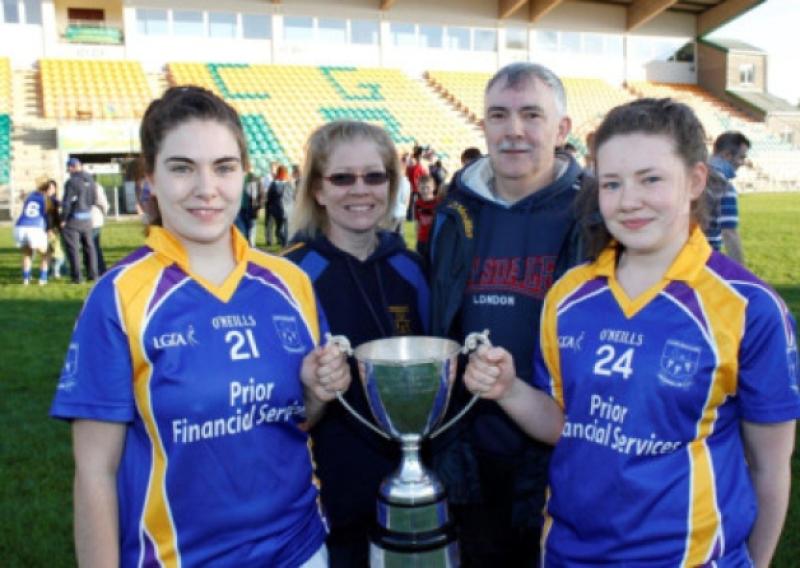 After a titanic battle with fierce rivals St Joseph’s, Aughawillan can once again be called the dominant force in Leitrim ladies football.

After a titanic battle with fierce rivals St Joseph’s, Aughawillan can once again be called the dominant force in Leitrim ladies football.

Last Saturday afternoon’s senior championship final replay proved to be a tense, dogged affair with little to separate the sides.

The fact that Aughawillan got their first score from play eight minutes from the end gives an indication of what type of hard fought battle this was.

With so much at stake it perhaps wasn’t a huge surprise that there was once again very little to separate the sides.

It was only in the closing stages and the eight minutes of injury time that the game really opened up as both teams pushed for a score that would secure victory for their side.

Those dramatic final minutes were in stark contrast to the tense beginning to the replay.

Playing with the benefit of a strong wind, St Joseph’s looked to build up an early lead but with space at a premium while Aughawillan and in particular Catherine Holohan and Grainne McGlade defended doggedly and in a disciplined manner.

Deirdre Moran opened the scoring for St Josephs with a fourth minute free but with both sides obviously eager not to relinquish possession or territory easily, the game became quite congested in the middle third of the pitch. The fact that the game may not have been riveting as a spectacle would have been of little concern to either set of players who were giving their all.

Eimear McGlade, Mary McKeon and Maeve Quinn were incredibly busy for Aughawillan in midfield but their efforts were matched by Ciara Gray and in particular Clare Owens who was certainly a candidate for player of the match.

Twelve minutes before the break their lead was doubled when Michelle Heslin pointed after Bronagh O’Rourke’s free initially came back of the crossbar and just two minutes later they further extended their lead.

With five minutes of the half remaining Aughawillan struck for their first point when Aileen Maguire converted a free but it was to be St Josephs who would have the final say on first half proceedings as Bronagh O’Rourke converted a free to give her side a 0-4 to 0-1 half time advantage.

With a strong wind at the backs of the Aughawillan players in the second half it was evident the contest was far from over but despite the elements it was St Josephs who made the better start to the second half and the lead was extended when Clare Owens pointed.

The second half was 12 minutes old before Aughawillan registered their second point of the game but it was evident that Aughawillan were increasing the tempo in their play.

Aileen Maguire converted a free after a foul on Grainne McGlade who was beginning to have a big say on proceedings and with 15 minutes left Aughawillan were awarded a penalty after a Sharon Kerrigan’s foul on Eimhin Quinn.

However, before they had an opportunity to take the resulting penalty they were reduced to 14 players as Caoimhe Quinn was given her marching orders for retaliating on Kerrigan.

Showing no signs of nerves Aileen Maguire dispatched the penalty low and hard into the St Josephs goal.

With eight minutes remaining Aughawillan took the lead for the first time, with their first score from play when Mary McKeon pointed after a strong run.

With the momentum and wind behind them it looked as though Aughawillan were on course for victory but there still plenty of twists to come.

In the first minute of injury time Michelle Heslin showed nerves of steel to level matters but five minutes later Aughawillan regained the lead when Carla LeGuen scored an excellent point from a very tight angle.

Victory appeared to be secured in the seventh minute of injury time when Carla LeGuen’s shot deceived Shannon O’Rourke and ended up in the St Josephs goal.

There was still more time to be played and St Josephs immediately launched an attack that resulted in a penalty being awarded following a foul on Carmel McCartin.

Bronagh O’Rourke took responsibility for the penalty and reduced the deficit to a solitary point but that was as close as they would come and Aughawillan held on to claim victory.