Tighe leads the way as Mohill gain some revenge 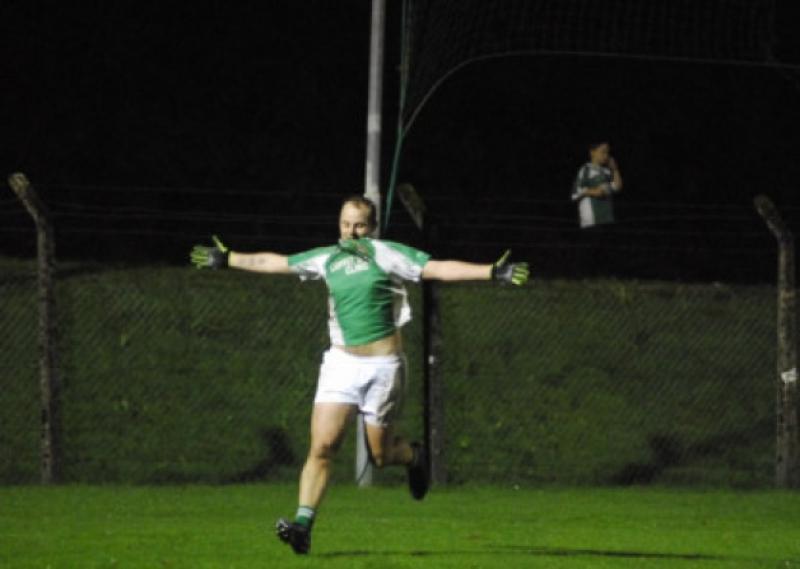 Inspired by Man of the match Padraig Tighe, Mohill gained a small slice of revenge over St. Mary’s in the GWP Junior A Championship Final.

Inspired by Man of the match Padraig Tighe, Mohill gained a small slice of revenge over St. Mary’s in the GWP Junior A Championship Final.

Friday’s entertaining encounter under lights in Cloone saw Mohill dominate the first first half minutes before coming under immense pressure from a St. Mary’s side who cut a seven point gap down to just two with ten minutes left.

But two points and a killer goal from Tighe saw Mohill gain a small slice of revenge for their Senior Final defeat at the hands of the Carrick men just five days previously.

St. Mary’s may not recovered from their celebrations but it was blindingly obvious from the way they warmed up and took to the field, Mohill were very much up for this game and they were first to the ball and showed far more appetite for the battle with Tighe proving the cutting edge of an impressive Mohill display.

Mohill got off to the best possible start when Oisin Madden’s run and pass ended with Ronan Kennedy blasting to the net after five minutes and despite two Colm O’Reilly points by the 15th minute, Mohill stormed into a lead with points from Seamus Kennedy (2), Tighe and Barry Lupton.

St. Mary’s made emergency repairs with Fergal Reynolds lending solidity to the defence but with Dermot Scollan tipping a Ray Mulvey shot away.

Kennedy and O’Reilly swapped points and with both teams missing good chances, Ray Mulvey and Tighe exchanged scores, leaving Mohill 1-7 to 0-4 in front at the halftime break.

Padraig Tighe thumped over a point that could have been a goal just right after the break but Colm O’Reilly got St. Mary’s back into the game when the Carrick men forced a turnover.

Cian McGuinness steadied Mohill with a fine point but Mohill saw Tighe denied a certain goal by a great save from Anthony Conway but a succession of points from O’Reilly saw Mary’s eat away at their lead to leave two between the teams with ten minutes to go.

Jimmy Guckian blasted a goal chance wide and Padraig Tighe made them pay with two fine points before he drilled a great shot to the Mary’s net with less than three minutes to go, Ronan Kennedy sealing the win with a late free while Ray Mulvey scored a late consolation for St. Mary’s.