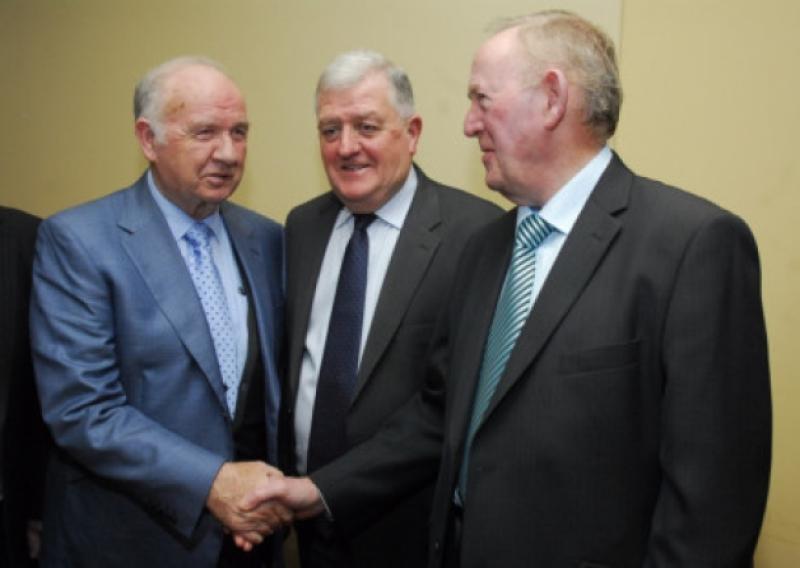 Some may have expected change at the top table at last Sunday’s County Board Convention but the biggest change may yet be on the way in early January.

Some may have expected change at the top table at last Sunday’s County Board Convention but the biggest change may yet be on the way in early January.

The hard-fought battle between incumbent Diarmuid Sweeney and challenger Stephen Flynn for the position of Secretary was won by the north Leitrim man in what was the only election on the day.

With 108 voting delegates, there was palpable tension in the Bush Hotel as delegates waited for the result but the Observer understands that Sweeney scored a comfortable victory, although Flynn did receive a significant vote on the day.

However, the most significant news from the Convention was a far-reaching and comprehensive Carrigallen motion seeking a link between League and championship status that brought Convention to an intriguing end as delegates were sent back to consult with their clubs.

The Carrigallen motion, a late addition to the programme, seeks that from 2015, the 12 teams in Division One are made up of the 12 teams who qualify for the Senior Championship from the 2014 competition.

Division Two would be made up of the 12 teams in the Intermediate Championship, Division Three of the teams who qualify for the Junior Championship in 2015 and so on for Division Four and Five with promotion and relegation based on Championship relegation and promotion.

Carrigallen are also asking that all Leagues be finished before the start of the championships with games played every forthnight from mid-February.

In proposing the motion, Terence Reynolds said that just 2% of players are involved with County teams and that club players want to play right throughout the season and at the best time of the year.

Stephen Flynn said there was a lot of merit in the proposal but delegates would need to discuss the matter with their clubs.

Declan Bohan complimented Carrigallen on their motion and that it was obvious that the county needed a slightly different structure. The former Secretary also speculated that if players were consulted, he believed the motion would be passed as it now stands.

However, the motion was referred to the Competitions Control Committee and the next meeting of the County Board to allow delegates gets the feed-back from their players and clubs.