Calry firepower too much for Manor 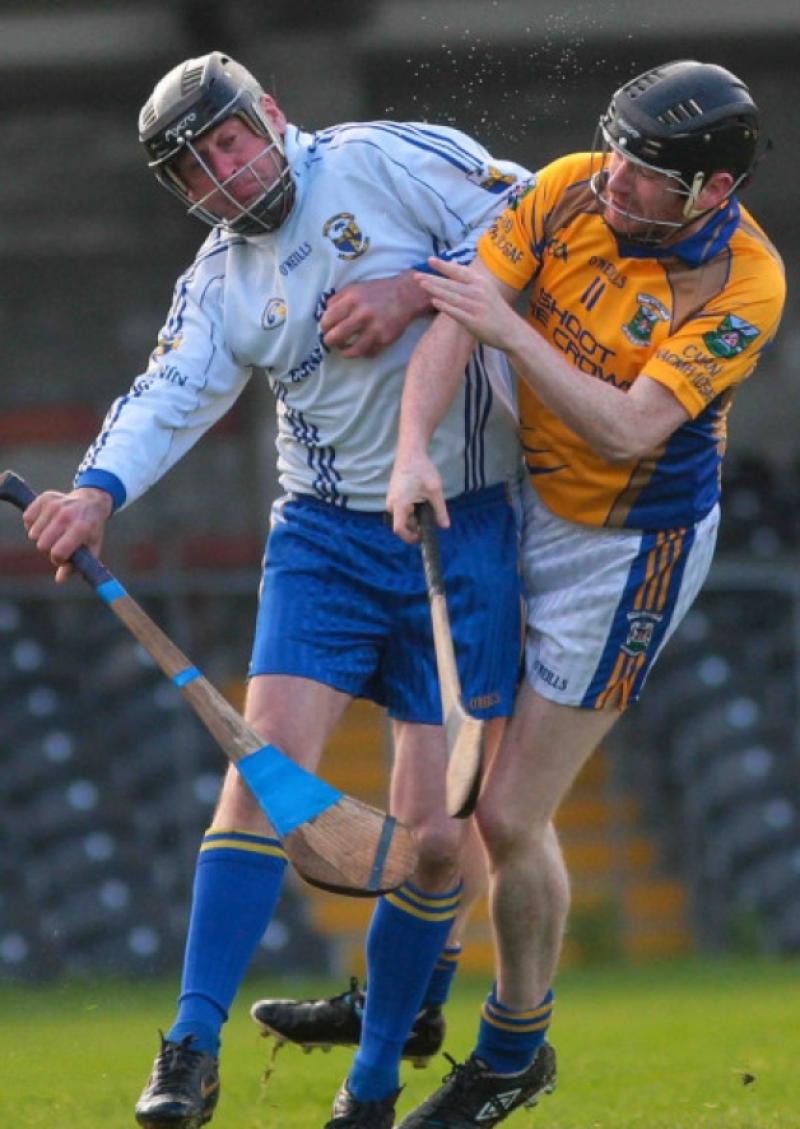 10 secs: Kevin Gilmartin opened the scoring for Calry with a fine individual point.

10 secs: Kevin Gilmartin opened the scoring for Calry with a fine individual point.

2 mins: Manor equalise with a free before Calry hit back with a Conor Griffin point.

4 mins: Calry captain Keith Raymond made light of the difficult conditions as he sent a sideline cut over the bar with apparent ease.

6 mins: Niall McLoughlin’s point brought Manorhamilton back to within a point.

10 mins: Keith Raymond converted a second sideline cut to regain the lead but that was cancelled out a minute later by Kevin Clerkin’s point.

12 mins: Keith Raymond converted a free to edge his side back in front.

13 mins: GOAL! Keith Raymond again was the man doing all the damage as he drilled a free to the roof of the Manorhamilton goal.

15 mins: GOAL! Ronan Cox pounced on a poor clearance by Manor goalkeeper Val Cronin as he dispatched his shot to the unguarded goal.

23 mins: A Gavin O’Hagan free stopped the Calry momentum as Manorhamilton looked for a way back into the contest.

30 mins: GOAL: The first half scoring was completed when David Collery found the net despite the best efforts of a defender who tried in vain to make a goal line clearance.

37 mins: GOAL! After Keith Raymond opened the second half scoring with a converted free, Calry struck for their fourth goal with Kevin Gilmartin the man on target for the Sligo champions.

54 mins: After David Collery pointed for Calry, Conor O’Hagan replied for Manorhamilton with Michael McKeon and Micheal Dolan doing well in the build-up.

56 mins: Micheal Dolan scored a fine point to complete his side’s scoring for the afternoon.