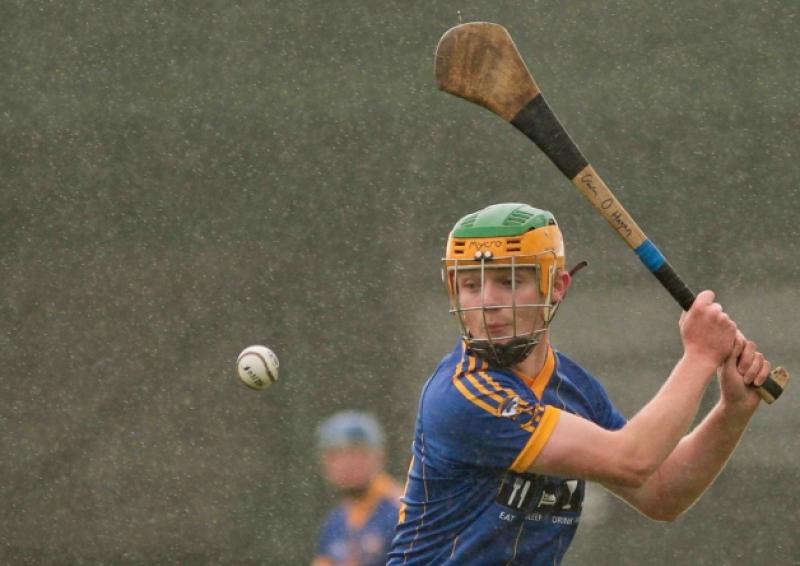 The hopes of provincial glory came crashing to an abrupt end for Cluainin Iomaint on Monday last in Markievicz Park.

The hopes of provincial glory came crashing to an abrupt end for Cluainin Iomaint on Monday last in Markievicz Park.

The Leitrim champions were competitive during the opening exchanges but the hugely talented Keith Raymond led his Calry St Joseph’s side by example and two wonderful points from sideline balls seemed to inspire his teammates while Manorhamilton could only look on in awe.

Scoring 1-5 in the opening half, Raymond proved too good for the Manorhamilton hurlers to cope with. Not only was he clinical in front of goal, his work rate was particularly impressive and he certainly brought the best out in those around him.

The early stages of the game were competitive but from the moment Raymond found the Manorhamilton goal from a 13th minute free, Calry looked in control.

The second half failed to reach the heights of the opening 30 minutes as the wind and heavy showers made life difficult for both sets of players. The fact that Calry had almost guaranteed their passage to the final during an impressive opening half meant the second half lacked the intensity that was evident earlier.

To their credit Manorhamilton kept battling and the likes of Brian Feeney and Sean McTiernan could be pleased with their afternoons’s work.

The game began with Calry showing their intent and Kevin Gilmartin scored a fine individual point just 10 seconds after the ball was thrown in. With Keith Raymond converting two spectacular sideline cuts, Calry were a constant threat but in the early stages Manorhamilton were certainly a match for their opponents.

Two Gavin O’Hagan frees as well as points from Niall McLoughlin and Kevin Clerkin meant the sides were level after 10 minutes of action.

Ultimately that was to be as close as Manorhamilton would get to their opponents and from the moments Keith Raymond drilled a free through a crowded goalmouth and into the Cluainin goal, Calry appeared to be on course for victory.

Crucially for Calry a second goal followed just three minutes later when Ronan Cox took advantage of a weak clearance from goalkeeper Val Cronin and he drilled his shot to an unguarded goal.

On the stroke of half time Calry pounced for a third goal when David Collery’s shot squirmed past a defender on the line meaning Calry led 3-11 to 0-4 at the break.

The second half was a more pedestrian affair with Calry dropping the intensity and Manorhamilton playing to restore pride.