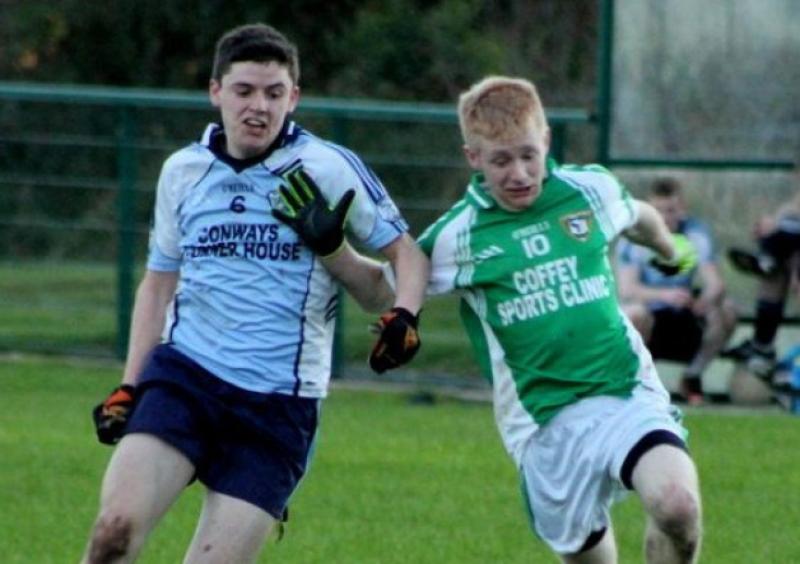 St. Manachan’s sent out a message that they will be one of the favourites for this year’s Under 21 A Championship crown with a destruction of St. Francis.

St. Manachan’s sent out a message that they will be one of the favourites for this year’s Under 21 A Championship crown with a destruction of St. Francis.

The Mohill, Cloone and Eslin men were clear-cut winners in this quarter final clash in Fenagh on Saturday on a scoreline of 0-17 to 1-4.

Shane Walsh opened the scoring for St. Francis in the 11th minute but John Mulligan replied immediately with two points from play.

Eanna Madden, who was a constant threat from wing back, added another point before Nicholas Moore struck from long range for St. Francis second score.

Daragh Gordon pointed for Manchan’s before each side spurned a goal chance with John Crawford missing the target and Diarmaid McKiernan making an excellent save.

Nathan Flynn & Nicholas Moore gave St. Francis hope with points in the 26th & 27th minutes but Eanna Madden had the last point of the half to leave his side with a 0-9 to 0-4 interval lead.

The first four points of the second half went to St. Manchan’s from Cian McGuinness, a John Mulligan free and a brace from Alan McLoughlin and although Nicholas Moore converted a penalty in the 48th minute after he was taken down in the box, it was as close as St. Francis came.

St. Manchan’s closed out the game in the last 10 minutes with points from John Mulligan, Shane McGowan & Alan McLoughlin (2).