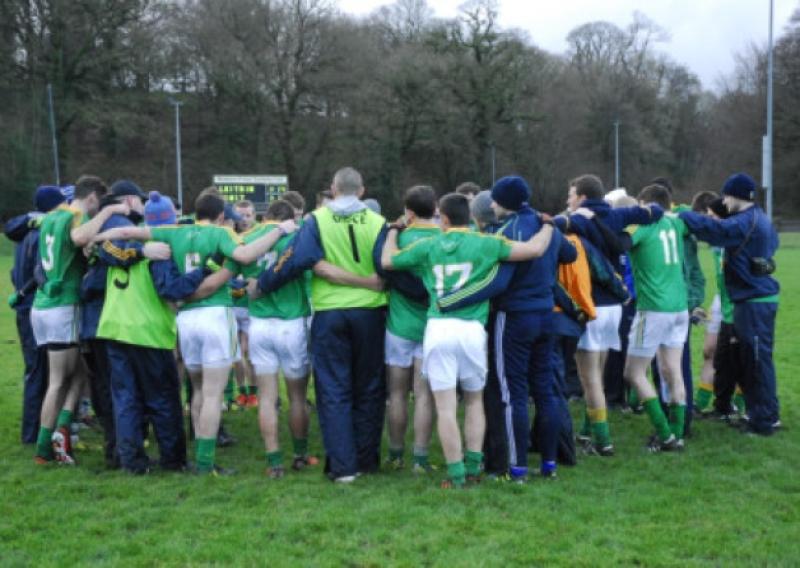 After the speculation and intrigue the Leitrim faithful got their first glimpse of Sean Hagan’s Leitrim and there were encouraging signs in Cloone.

After the speculation and intrigue the Leitrim faithful got their first glimpse of Sean Hagan’s Leitrim and there were encouraging signs in Cloone.

Although Leitrim are the defending FBD League champions, it was stressed last week by Sean that the priority will be the National League which begins next month.

While his side may have suffered from fatigue in the closing stages Sean was pleased with the win saying, “A win gives confidence and becomes a habit and instils belief in the team.

“We have a great team spirit building and it is a great environment to be working in at the moment.”

Reflecting on the game Sean acknowledged GMIT finished the stronger but insisted the fitness issue will be addressed over the course of this month.

“GMIT were probably doing heavier training than us and our fitness let us down a little bit in the second half but that’s what we are going to work on in the month of January.”

Sean added, “We have a lot of work to do on the training ground but it’s our first outing and we’re happy enough.”

Two players singled out for praise by Sean after the game, one the team captain and the other a player making his debut.

“The two men who stood out were the captain of the team, Emlyn Mulligan I thought he was superb, his point shooting was superb and Donal Wrynn, he played last night and he is a tremendous prospect for Leitrim and I thought he had a superb game again today.”

Paying further tribute to the man who has been named Leitrim captain for 2014 Sean added, “There is no substitution for class and Emlyn is a class player.

“Emlyn is a popular guy, he is the first guy on the training field every day, he leads by example.”

Another to catch the eye was Cathal McCrann, who would normally be seen in goals when playing for Leitrim but on Sunday operated at centre forward,

“Cathal plays his club football on the 40 for Gortletteragh and we have to rule in and rule out these things before the National League starts and he definitely didn’t do himself any harm in that position today.”

With two of the four who were dropped from the panel last year featuring last Sunday, Sean said the door is still open for others said Sean - “I haven’t given up hope, it is an open panel until after the third FBD game and then we will be finalising the panel.”