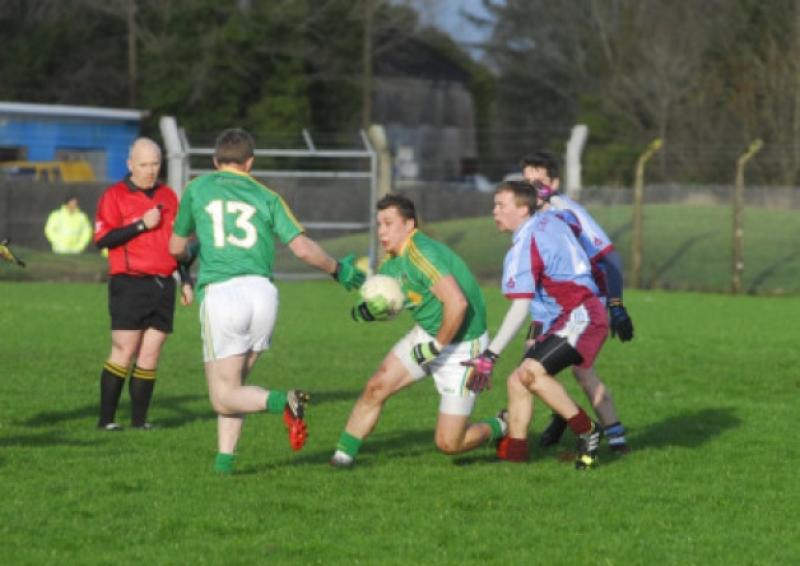 It’s hard to believe that the lads have taken to the field of play again and have already begun defending their FDB Connacht league title. This Sporting Life - Colin Regan

It’s hard to believe that the lads have taken to the field of play again and have already begun defending their FDB Connacht league title.

Our annus horribilis is behind us and the new management have taken up the charge of preparing our senior footballers for the challenges that lie ahead in 2014.

The FBD will be the least of these, but getting off on the right footing against GMIT on Sunday will allow Sean Hagan and his management team to settle into their roles with the feel good factor only a win brings.

A special word of congratulations to Cathal McCrann, who has reversed the usual trend of starting out life as a forward only to end up in goals, by lining out for his county as centre forward on Sunday instead of sporting his more familiar Number 1 jersey.

Every able player in the county was given the opportunity to try out for the squad, and the response was impressive and encouraging. It would appear that there remains no small amount of pride and desire in getting to pull on the green and gold of Leitrim.

However, the desire to achieve that goal has to be backed up by tireless work, sacrifice, dedication, team work, and a lot of selfless decisions in the coming months.

The squad have a lot of work put in already – plenty of hard graft in pre-season is a necessity in the modern game and considering our traditional lack of size physically, even more important in Leitrim.

In fact, in order to really complete I believe we need to do more than any other team in this area, and this is where the real demands come on a modern day county player.

It’s (relatively) easy getting out to a formal training session on a Tuesday, Thursday, or Saturday when you know everyone else will be there and at some stage of the night you are going to get your hands on some ball.

What reveals those with true desire and ambition, is the hours put in by individuals in the Gym on Mondays, Wednesdays, Fridays, away from the watching eye of management and team mates and unnoticed by all but themselves.

But it’s not just the county players who have been putting in the pre-season work. All our County officers attended the National Officer Development Seminar in Croke Park on Saturday. I gave a presentation to the 130 plus county officers who turned up on the forthcoming County Health & Wellbeing Committees and it was great to see Joe Flynn and his team of county officers in the audience.

It was a long full day (with County Secretaries also having attended an additional session on Friday evening) and the dedication shown by our volunteers blows me away sometimes.

This was the first Saturday of the New Year and they had all sacrificed it to (hopefully) benefit from training that will in turn benefit all members and players back in their respective counties.

Diarmuid Sweeney, our County Secretary who overcame a challenge for the position at the County Convention, rightly pointed out everyone involved is doing this on their own time and for the benefit of Leitrim GAA.

Yes we are entitled to expect only the highest of standards – and demand them – but none of us has the right to engage in the sort of character assassination that was dished out (largely anonymously) some of our officials and players in 2013.

Both on and off the field all Leitrim GAA people are working towards a united 2014.

I have taken on the role of PRO for the Leitrim Supporters Club and we are launching this year’s prize draw with a special function in Croke Park on January 30, with two very special guests adding to what promises to be a great night – Leitrim Person of the Year Eleanor Shanley and Declan Darcy, Leitrim Connacht championship winning captain of 1994 and selector with the All Ireland football champions in 2013. (See elsewhere in this week’s Observer for full details).

We hope the occasion will provide all Leitrim people exiled in the Leinster region an opportunity to get together in the hallowed home of the GAA, which will become home to Leitrim football for one night only.

Each year a loyal band of supporters also make the long trip up from Leitrim to the capital for this occasion also so feel free to join them.

As well as being an enjoyable gathering we hope the night will kick-start the invaluable fundraising carried out each year by the Supporters Club, without which our county teams simply couldn’t compete at all.