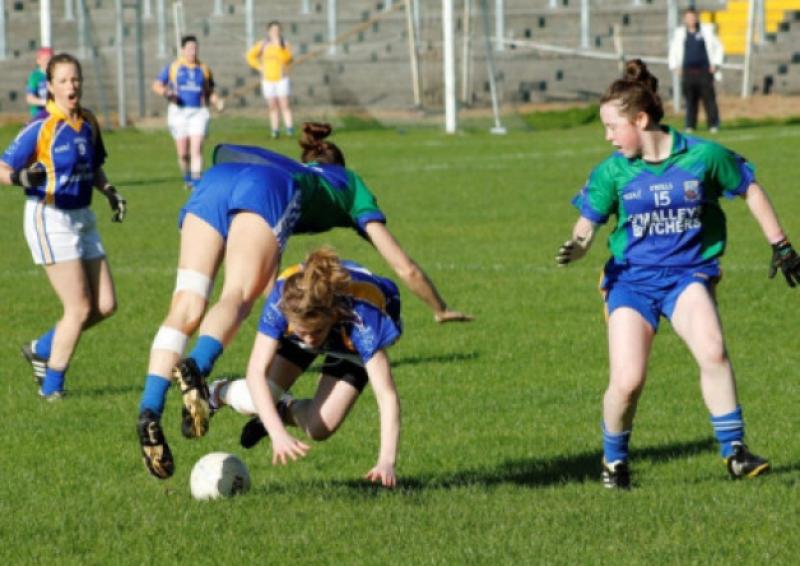 For the fourth year in a row, there was a different winner of the Ladies Championship as Aughawillan reclaimed their place as the dominant force.

For the fourth year in a row, there was a different winner of the Ladies Championship as Aughawillan reclaimed their place as the dominant force.

A drawn final against St Joseph’s in which the Aughavas/Carrigallen combination may have felt they should have claimed the title was a dramatic affair and the replay proved to be equally tense.

A dogged replay of the senior final saw both sides give their all before the game burst into life in the closing stages.

Both sides contributed to a pulsating encounter that really could have gone either way with winning manager Seamus Mullen acknowledging, “It couldn’t have been closer.”

Ultimately Aughawillan emerged victorious on a scoreline of 2-4 to 1-6 and on a day in which defences were to the fore the player of the match deservedly went to Catherine Holohan.

In what was a year to remember for Aughawillan they also claimed the Division one title when they defeated Dromahair in the final with Aileen Maguire in top form.

While Aughawillan, Glencar/Manorhamilton and Drumkeerin all deserve praise for the success they enjoyed over the course of the year, the manner in which all three teams exited the Connacht Championship was worrying.

On the same afternoon all three teams suffered heavy defeats and lessons will need to be learned from those games in order for the game to advance in the county.