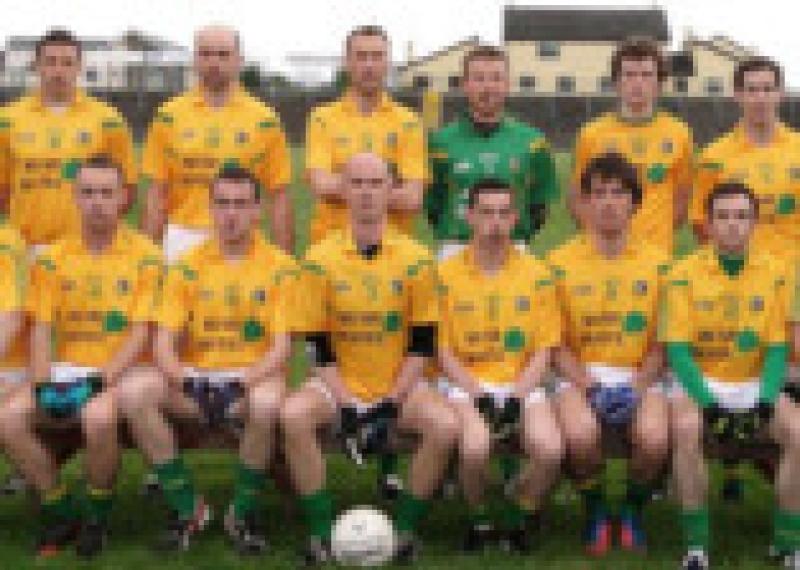 It wasn’t that long ago that a victory over Galway was as rare as Halley’s Comet but Leitrim continued a rare run of success over the Tribesmen in 2014 on Wednesday night when the Junior team won their way to the Connacht Final.

It wasn’t that long ago that a victory over Galway was as rare as Halley’s Comet but Leitrim continued a rare run of success over the Tribesmen in 2014 on Wednesday night when the Junior team won their way to the Connacht Final.

The Junior team, featuring a mix of former County Senior team stalwarts and up and coming young players, showed the fighting spirit and character that has typified the displays of Leitrim against Galway this year to score yet another success over the Tribesmen.

So far in 2014, Leitrim have defeated Galway in the FBD League at Senior level, shocked a highly fancied Galway side in the U21 Championship Semi-Final and claimed the Connacht Minor League title by defeating the Tribesmen in what was a virtual Final, completing a clean sweep with last Wednesday’s win in the Junior Semi-Final.

More remarkable is the fact that three of the victories came on Galway soil with only the U21 victory coming on Leitrim soil as the old Galway hoodoo over Leitrim teams seems well and truly shattered in 2014.

The victory means Leitrim fans will have a double header to enjoy on Sunday week, May 18, in Hyde Park as the Connacht Junior Final against Sligo will be the curtain raiser for the Roscommon v Leitrim clash.

Leitrim set the tone for the game in the first 12 minutes as they pounced for two goals through Ronan Kennedy and Colin Ryan while Galway missed two equally good, if not better, goal chances.

It would turn out to be the theme of the evening - Leitrim showing far more killer instinct in front of the posts, making the most of the chances that came their way while Galway, with a lot of good chances and possession, just couldn’t convert the chances they created with Enda Lyons making one absolutely miraculous save as he scooped the ball off the line in the second half when everyone in Tuam Stadium believed that the home side had just found the net.

It was that never say die spirit that most contrasted the teams - Leitrim fought and fought for every ball, never allowed Galway the space to really cut loose in attack and despite some poor misses themselves at the other end, they still had the mental strength to take their chances and keep Galway down.

That would prove crucial as Galway were never able to draw level despite closing to within a point twice in the last quarter but the Tribesmen just didn’t match the resolve of Leitrim Juniors.

Yet Leitrim’s best performer was a man without Leitrim experience as the entire press box agreed that St. Mary’s Jonathan Cassidy was the most impressive player on the field, his reading of the game, ability to cover ground and speed marked him out. Niall Duffy and David Duignan also performed well in defence.

Colin Ryan pulled the strings to great effect, directing play and orchestrating the attacks while the full-forward line of Ronan Kennedy, Declan Maxwell and Adrian Croal were always a threat.

The game opened with Leitrim having a real let-off after two minutes when Galway cut open the Leitrim defence with Alan Molloy cutting in from the left. Less than 10 yards out and a gaping goal in front of him, the Galway man inexplicably kicked the ball wide to the amazement of Leitrim and Galway fans alike.

It was a move that would prove very costly as Leitrim found the net just two minutes later - Gavin Sammon’s high ball was tapped down by Declan Maxwell, despite the presence of two Galway defenders, to Ronan Kennedy and the Mohill man blasted to the net.

Melvin Gaels Stephen McGurrin hit a point either side of two Galway scores but Leitrim hit the home side for six when Eanna Madden and Declan Maxwell exchanged passes with the Drumreilly man providing the final pass for Colin Ryan to fist the ball to the net from close range on 11 minutes.

Galway had one of their better spells with four unanswered points as Robert Hughes, Cathal Sweeney (2) and Sean White all pointed to cut the gap back to a point as Leitrim had three costly wides.

Niall Clancy did well to fist the ball over the bar after a poor attempt was blocked by the Galway defence with Robert Hughes scoring an absolutely brilliant free from the left corner, a score worth the admission.

The half ended with Ronan Kennedy converting a free to leave Leitrim 2-3 to 0-7 ahead at the break but Galway cut the gap down to a point with a Hughes free but Eanna Madden responded with a brilliant point on the run as he bounced off a Galway defender before shooting over.

Galway had two goal chances as Niall Cunningham missed a great chance on seven minutes after a run from Cathal Sweeney while Enda Lyons did incredibly well to scoop the ball off the line after Kevin Reilly passed across the face of the goal to Padraic Cunningham and his fisted shot was already been greeted with Galway cheers and Leitrim groans when Lyons made his intervention.

With Galway pressing hard, Leitrim dealt them two hammer blows when Stephen McGurrin and Ronan Kennedy (free) both pointed in the space of a minute and despite another Hughes free, Gavin Sammon pointed after a poor Ronan Kennedy free dropped short on 12 minutes.

Galway again fought back with three points in as many minutes with Kevin Reilly, Fintan Cooney and Hughes all finding the target to cut the gap to a point ahead but a terrible Galway wide prevented them drawing level and an equally silly Galway push on a Leitrim player as the ball was flying wide allowed Ronan Kennedy to stretch the lead to two with ten minutes left.

Galway went straight down the field and could have threatened the goal but Padraic Cunningham fired over the bar to again leave the gap at a point.

Again Leitrim hit back with Galway’s Darren Moran incredibly escaping a black card after pulling down Gavin Sammon and the escape was doubled in value as Ronan Kennedy put a 13 yard free wide of the posts.

Jonathan Cassidy had a poor wide but Leitrim made sure of the win when Adrian Croal managed to point despite a clear foul.

With the gap at two points, Galway needed a goal but never got a sniff of a score as Leitrim held out for a deserved win.