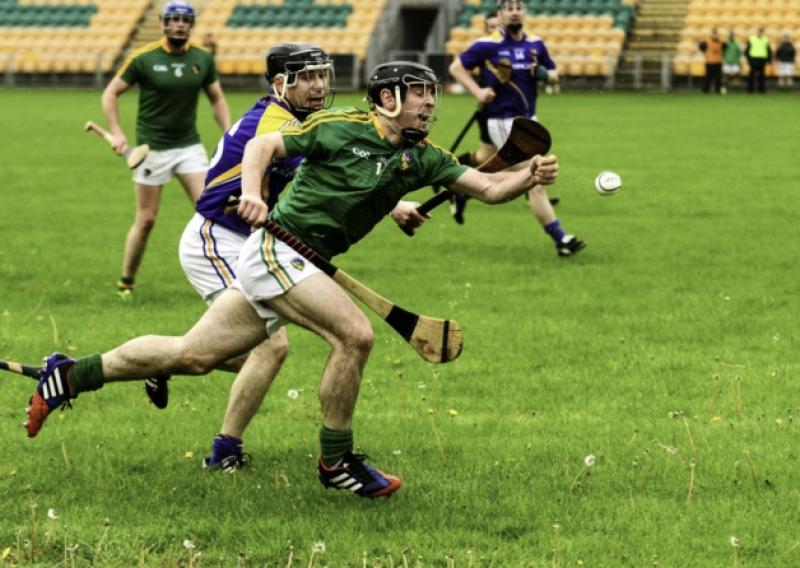 Leitrim endured a disappointing start to the Lory Meagher Cup as neighbours Longford scored the last three points of the game to snatch victory.

Leitrim endured a disappointing start to the Lory Meagher Cup as neighbours Longford scored the last three points of the game to snatch victory.

Saturday’s Pairc Sean Mac Diarmada clash was supposed to see Leitrim build on an excellent performance in the Division 3B Final but despite a lot of graft and endeavour, Longford always seemed to have just that little bit extra craft.

The defeat was devastating for a team who seemed to be building up a fine head of steam but are now in a tough position.

Eoin Donnellan scored ten points on the day, the Longford marksman a key factor in the Leinster county’s win as he displayed the sort of long range score taking that eluded battling and determined Leitrim who couldn’t work the scores they needed.

Perhaps most importantly, Longford constructed opportunities for Donnellan to convert, leaving him free in space to fire over from distance and providing enough support in general play to get the visitors across the line.

Leitrim displayed a lot of the grit that almost took them to victory in the Division 3B Final, twice recovering from three points gaps in a match affected by the rain and slippery conditions.

They next face Fermanagh, who recorded a good win over Warwickshire last Saturday in Birmingham (2-17 to 0-18), and it represents a must win game, particularly if Longford win. A win is a must as a loss would almost certainly end Leitrim’s hopes of appearing in their second National Final of the year.

Clement Cunniffe and Padraig O’Donnell carried the scoring threat but there were impressive displays from Kevin McGrath, the Poniard brothers and Vinny McDermott while Michael Domican and Morgan Quinn were solid.

Leitrim opened the scoring on six minutes with a massive Clement Cunniffe free from the halfway line but three minutes, Longford replied with a fine point from play from Eoin Donnellan.

Two more Donnellan points followed, one from a free and another after a poor clearance under pressure was intercepted and Longford pointed.

Cunniffe swept over a free that was moved in for a dissent with Donnellan pointing on 22 minutes from out near the left sideline but the game would enter the halftime break level after Padraig O’Donnell swept over two frees in the last six mintues of the first time, leaving the scoreline at 0-4 apiece.

Leitrim took the lead for the first time just 50 seconds into the second half when Cunniffee swept over a brilliant point from play but the lead was short-lived as Johnny Casey pointed in style and Eoin Donnellan edged them back in front with a third minute free.

Padraig O’Donnell levelled the score with a point from play that was disputed very strongly by the Longford keeper and it took some discussions with the referee before the point was awarded.

But Longford replied in what seemed to be a match winning surge with Donnellan firing over three frees in as many minutes from the ninth minute to the twelveth.

But again Leitrim fought back but altogether more slowly with Clement Cunniffe pointing a free on 16 minutes while Padraig O’Donnell saw a shot come off the upright and rebound wide.

The centre-forward did reduce the gap to a solitary point with a free and with ten minutes to go, a quick delivery itno O’Donnell, now operating at full-forward, saw him score to improbably draw Leitrim level.

But Longford hit back a minute later when good work from Rory Donnellan saw him set up an isolated Eoin Donnellan for a fine point.

Longford took advantage when Joe O’Brien won a high ball in and fired over from close range to put two between the teams. Leitrim kept fighting hard but a late Kevin McGrath saw him yellow carded. Donnellan’s free, from 45 yards, went straight to the net but was ruled out for a square infringement.

Leitrim tried to close the gap in added time but O’Donnell put a free badly wide and Longford made sure of the win with a fabulous Donnellan from right on the sideline on the fifty yard line to seal the win.