No excuses from Hagan 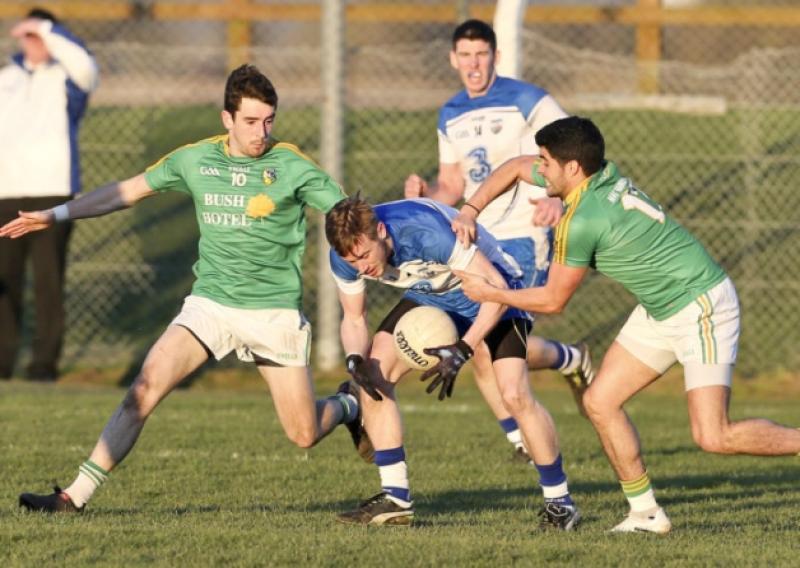 Although his side were hindered by a flu virus, Leitrim bainsteoir Sean Hagan graciously conceded that they relinquished their unbeaten record in Division 4 to a superior force.

Although his side were hindered by a flu virus, Leitrim bainsteoir Sean Hagan graciously conceded that they relinquished their unbeaten record in Division 4 to a superior force.

On the field immediately afterwards, he congratulated the motivated hosts on their first win. “I think the best team won on the day. I have no complaints. Waterford were up for the game and the scoreline reflects that.”

Shane Ahearne’s strike, three minutes before half time, changed the momentum but Hagan didn’t feel that it altered the shape of the game utterly. “I wouldn’t say that one score turned it. Overall if you analyse the seventy minutes they played the better football.”

He agreed that they struggled to break down the massed ranks of the home defence in the second half. Three points in general play reflects those difficulties.

Hagan explained how illness and injury interrupted their build up. “We are not in the excuses making business but injuries caught up with us today. We are usually able to inject fresh legs onto the field but unfortunately today it was a combination of things.

“We had an epidemic of flu in the camp all week so our preparation wasn’t right for the game. We knew that. It was no fault of the lads, they tried their best but unfortunately those circumstances just caught up with us. Four lads on the starting team were affected.”

The loss leaves Leitrim in third place in the Division 4 table, on the same number of points as Clare but the Banner men have a slightly superior scoring difference. Leitrim’s remaining games see them take on table toppers Tipperary on Sunday, March 30, with a visit to Ruislip a week later.