St. Joseph’s turn on the style in second half 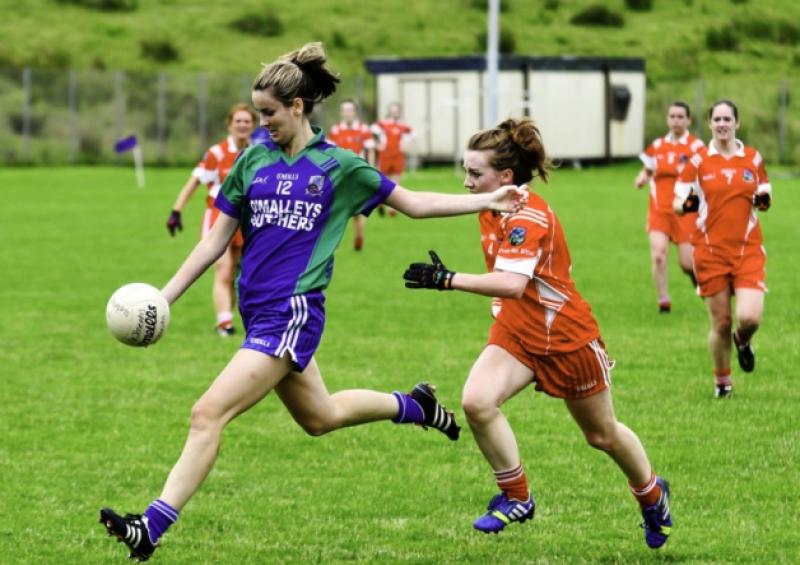 St. Joseph’s upped their performance in the second half to forge a comfortable come from behind win over Dromahair in Sunday’s Leitrim Ladies senior championship first round game that was played in the Leitrim Gaels Community Field.

St. Joseph’s upped their performance in the second half to forge a comfortable come from behind win over Dromahair in Sunday’s Leitrim Ladies senior championship first round game that was played in the Leitrim Gaels Community Field.

Goals by Carmel McCartin, Michelle Heslin and Bronagh O’Rourke in the final thirty minutes ensured victory for St. Joseph’s. Dromahair outplayed St. Joseph’s for much of the opening half and deservedly led two points at the break.

Elaine McGovern put St. Joseph’s ahead with a point just 40 seconds after the throw-in. But Dromahair hit back to claim the lead over the next four minutes with a point by Anna Conlan and a goal from Róisín Fowley.

Áine Heslin replied with a sixth minute St. Joseph’s point but Dromahair went further ahead over the next five minutes when Sinead Fowley, Mairead McMorrow and Mairead Fowley added a point each.

After a six minute spell in the half without a score, points at opposite ends were exchanged by St. Joseph’s Michelle Heslin and Dromahair’s Erin Farrell. Áine Heslin for St. Joseph’s and Erin Farrell for Dromahair trade a point each by the 26th minute.

However two minutes later Bronagh O’Rourke buried the ball in the Dromahair net and reduced the north Leitrim side’s lead to two points. Dromahair had Sharon Kelly sin binned in the 29th minute and two minutes later won a penalty when Sinead Fowley was taken down.

Anna Conlan converted the spot kick but Bronagh O’Rourke fired home her second goal within the space of four minutes to leave St. Joseph’s trailing by just two points at the interval when Dromahair led by 2-6 to 2-4.

Róisín Fowley stretched Dromahair’s lead when she hit over a 32nd minute point. After that St. Joseph’s began to get on top and a 42nd minute Carmel McCartin goal levelled the proceedings.

Three minutes later after soloing through Áine Heslin fired over a point that put St. Joseph’s into a lead they never subsequently surrendered.

St. Joseph’s held Dromahair scoreless for another nine minutes during which time they increased their lead with a goal and a point from Michelle Heslin and prior to that Clare Owens also added a point for them.

In the final scoring action of the game Bronagh O’Rourke added a goal and a point for St. Joseph’s while Joyce Cunningham replied with two Dromahair points and Róisín Curneen one.