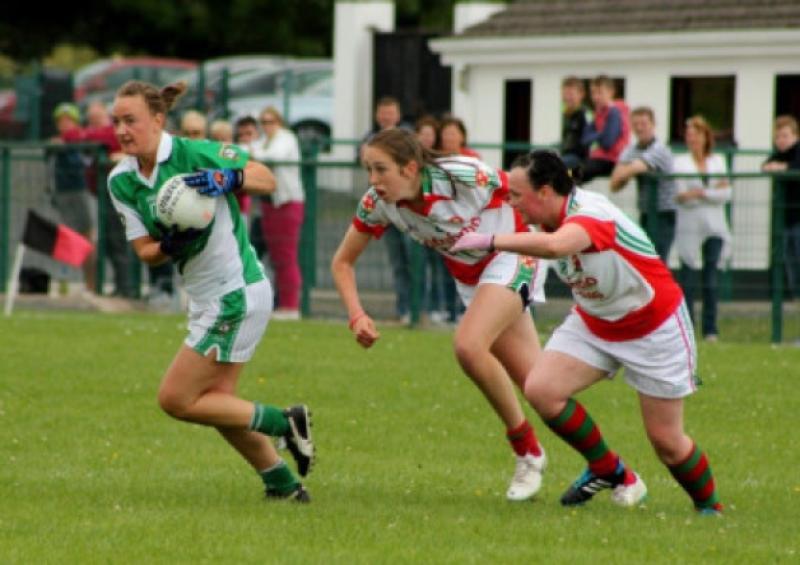 An intriguing contest that could have gone either way eventually ended with Kiltubrid’s greater strength edging them across the line against a spirited Mohill in Fenagh.

An intriguing contest that could have gone either way eventually ended with Kiltubrid’s greater strength edging them across the line against a spirited Mohill in Fenagh.

Kiltubrid, featuring players from St. Mary’s who are unable to field their own team at adult level, produced a powerful second half display to overcome a young Mohill squad that almost did enough to earn at least a draw in a thrilling encounter.

The encounter was nip and tuck - Mohill opened up a four point gap by the end of the first half but faced a Kiltubrid who slowly but surely forced their way back into the game, Michelle Guckian providing the cutting edge for an attack that grew stronger as the game progressed.

The eventual winners, who survived the sin-binning of Miranda Burke midway through the second half, slowly but quite effectively reeled off four unanswered points in the final ten minutes of normal time to take a three point lead but still had to withstand a ferocious Mohill fight-back that saw the losers cut the gap back to a point as they still launched attack after attack as Kiltubrid held out.

Kiltubrid’s greater physical strength and a well drilled defence saw them hold out in the end to take a valuable win.

Both sides will feel that they could have won this game quite comfortably - Mohill keeper Kate O’Neill made a couple of great saves while Leah McNabola twice struck the woodwork with good shots that looked like certain goals.

Mohill, without the influential duo of Claire Beirne and Caoimhe Canning, kicked a lot of poor wides, particularly in the first half when they had the benefit of the wind.

Both teams featured a liberal sprinkling of county players but it was unsung heroes who most caught the eye - Michelle Guckian moving from net-minder to Kiltubrid’s chief poacher while Claire Kelly was an important figure in the middle of the park.

For Mohill, Kiara Keegan, Aileen Flynn and Christine Quinn caught the eye, Quiinn holding the defence together in particular while Flynn looks like a real prospect for the future, one who could make an impact at County level.