I couldn’t ask for any more from this team 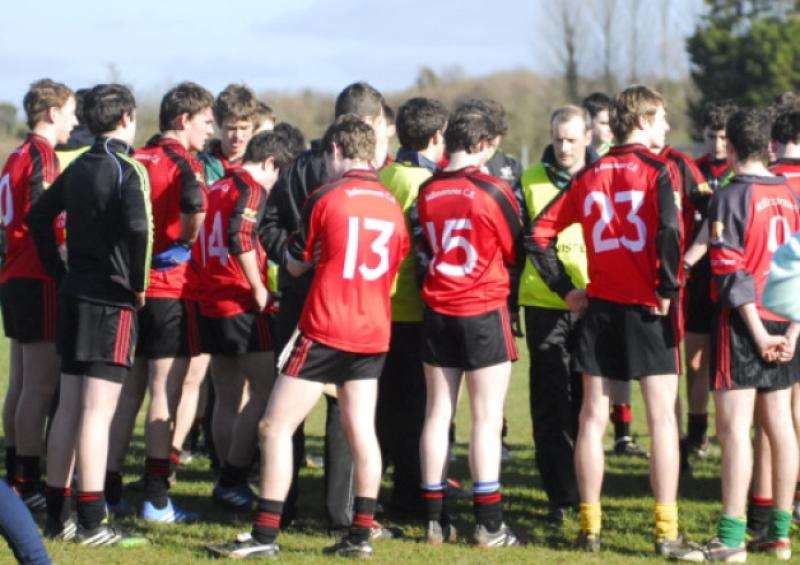 A disappointed Kevin Nolan paid tribute to his Ballinamore CS player as did an impressed Mickey Ned O’Sullivan.

A disappointed Kevin Nolan paid tribute to his Ballinamore CS player as did an impressed Mickey Ned O’Sullivan.

“The second half, we tried to get our way back into it but we made silly mistakes at the end. In fairness to Ballyvourney, they broke very quick and our legs weren’t there in the last ten minutes, the lads worked so hard.

“We had opportunities, we weren’t far off. In the first half, we could have let in three or four goals but the lads fight for each other and all year, they’ve been focussing on every game.

“They’ve won a Connacht title, there is lots to be proud of for that but it just a pity that we couldn’t go that one step further. It would be lovely to have an All-Ireland Final for Leitrim.”

An impressed Mickey Ned O’Sullivan said “It was a great way to win it and a terrible way to lose it. I had seen them in the Connacht Final and I knew we’d be up against it, they have some great players, great spirit and above all, they showed great sportsmanship.

“It was a great sporting game, great commitment from everyone from the minute the ball was thrown-in. It is a terrible way, a hard way, to lose but sport is an instrument of education, our lads will have to accept victory in the proper manner as well as the Ballinamore lads accepting defeat.”

O’Sullivan agreed that his team had missed good chances but creditted Ballinamore - “We didn’t play well because we weren’t allowed to and you have to give credit to the Ballinamore backs, they prevented the goals from going in. I thought it was a great game. Had they scored that last free, it was over but that’s life isn’t it.”