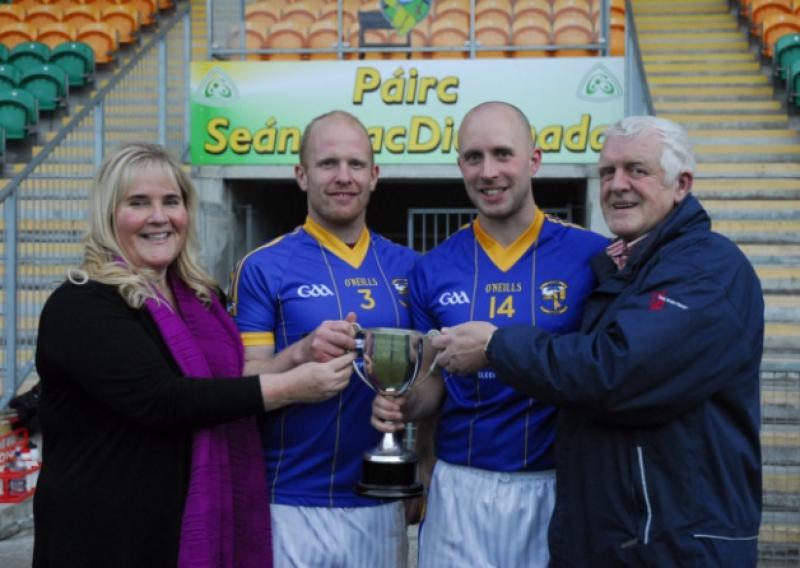 The resignation of Hurling coach Steve Feeney has been described as “a massive blow for hurling in the county” in the wake of a row over unpaid wages.

The resignation of Hurling coach Steve Feeney has been described as “a massive blow for hurling in the county” in the wake of a row over unpaid wages.

County Hurling team manager Martin Cunniffe confirmed to the Observer that Feeney had resigned from his position last Friday, describing the news as “a massive, massive blow for hurling the county.”

The Observer has seen a number of emails between County Board officers and Mr Feeney and understands that the situation came to a head last week.

Employed by the Leitrim GAA County Board with the cost of wages met by a grant from the Connacht GAA Council, Feeney’s role sees him involved in the development of underage hurling in the county while he has also starred for Cluainin Iomaint and the Leitrim Senior Hurling squad.

Speaking to the Observer, Martin Cunniffe said “I don’t know how many more blows hurling in Leitrim can take, it is up to the County Board to investigate and sort the whole thing out.

“I spoke to Steve Feeney and the reason he has resigned is that he wasn’t getting properly paid every week, most weeks he had to look for his wages and I am aware of one instance where an official had to give him €200 to carry him over for the weekend.

“Steve was doing an excellent job, I can’t speak highly enough of him, he put his heart and soul into it.”

It is unlikely that Feeney will return to the post even if the situation is sorted out according to Cunniffe - I don’t think he will go back. This looks bad for Leitrim hurling. We need a hurling coach , I don’t think there is a county without a hurling coach and that has to be the number one priority.

“I’d call on the officers of the Leitrim County Board to sit down and sort the whole thing out and show that they have an interest in hurling.”