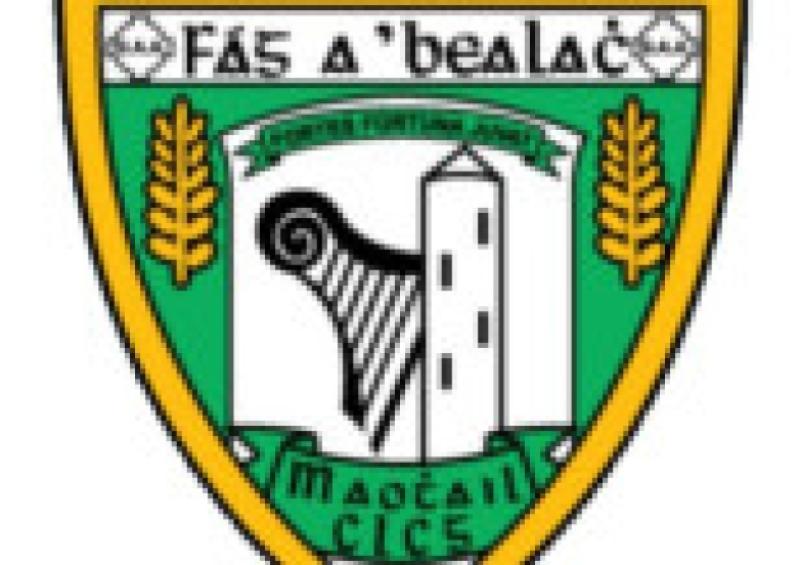 The Mohill GAA notes did not appear in this week’s paper and are published here as follows:

The Mohill GAA notes did not appear in this week’s paper and are published here as follows:

Under 14: The Under 14s had their third victory of the Championship campaign when they overcame Manor on Friday last. This was a fine team victory with the more experienced players involving the very young forwards. The backs kept the ball away from goals making it a cold evening for Kevin Bohan. Jamie McCaffrey was top scorer and midfield General all through the game. The team was Kevin Bohan, Jordan McGuinness, Tadhg Doherty, Joe McDonagh, Peter O’Neill, Niall Lennon, Jamie McCaffrey 3-2, Johnny Boyle 1-0, Cormac White, Conor Quinn 0-2, Conor Macklin 2-0, Conor Mulligan, Jordan Reynolds 1-6. Subs Jordan Tighe 1-0, Alex Canning, Stephen Crowe, Eoin Gaffey. A special tribute to Darragh McCrann a member of the panel who despite being unable to play due a temporary knee condition is always in the dug-out supporting his friends.

Monster Draw: Tickets are in circulation for our Monster Draw which will take place on August 27 Tickets are €20 with a book of 6 for €100. There will be over €2500 in prizes. All club members will be selling so we are again calling on your generosity to make it a success. All who have their tickets sold must have them in on Wed next 6 th in the Clubrooms at 9pm. We will be also visiting neighbouring clubs who in the past have been more than generous.

Senior and Intermediate Championship: Our Seniors saw off the Bornacoola challenge to advance to the quarter finals. Great to see Shane Quinn and Niall McGovern back in action and both playing well. The Intermediates had a great game with Ballinagleara but lost out in the last few minutes. There will be match reports elsewhere for both games

Div 5 League Final: Congrats to our third string that won the Div 5 League title on Sunday evening in Fenagh. Drumreilly put up a great fight but Joe Barry’s boys won out in the end. Well done to Gary Canning and Padraig Tighe who looked after the team. Joe announced the retirement of our great servant Martin McDermott but I think “Terry” will go playing into his 50s like his Dad did.

Gary Canning: Next Friday most of the Club will retire to Sligo Park Hotel to enjoy the Wedding of Gary Canning our Secretary and Edel Egan from Fenagh. We wish them every happiness in their future life