Glencar/Manor lay down a marker in impressive win 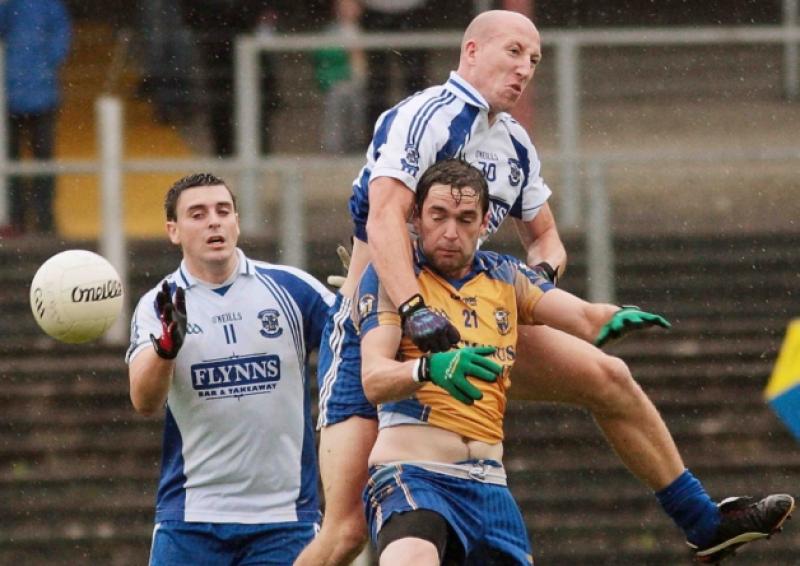 Playing conditions were very difficult for this contest at the start with heavy rain falling. However the rain eased off early in the game and it was more or less dry for the remainder of the action.

Michael McWeeney put St. Mary’s ahead when he pointed within 30 seconds of the start. But Glencar/Manor hit back with two similar scores by the 8th minute to take the lead after Evan Sweeney and James Glancy both hit the target.

For the second time in the game St. Mary’s regained the lead four minutes later when Alan Doherty tapped over a free. However within 60 seconds, it was stalemate again when Darren Sweeney fired over for Glencar/Manor from play.

James Glancy edged Glencar/Manor ahead when he shot a 20th minute point. It was some seven minutes later when Jack de Lacy hit a St. Mary’s point to again level the proceedings at 0-4 all.

St. Mary’s Barry Butler received a yellow card shortly afterwards. Before the break St. Mary’s had a let off when keeper Conor Glancy made a good save to deny a Niall Brady goal bound shot.

After the restart neither side managed to hit the target until the 38th minute when Brian McDonald raced through to fist over a Glencar/Manor point that put his side into a lead they never subsequently surrendered.

In this period Colin Ryan, Brian McDonald, James Glancy (long range), Niall Brady and sub Aaron Hickey all shot points for the North Leitrim side. Colm O’Reilly replied with St. Mary’s only score of the second half when shot over a 53rd minute point.

Five minutes later St. Mary’s Alan Doherty became the game’s third player to receive a yellow card. Glencar/Manor’s James Glancy hit over a 58th minute point as his side coasted to victory at this stage.

St. Mary’s were reduced to 14 men two minutes later when Barry Butler was issued with his second yellow card. Glencar/Manor might have had a late goal had not Brian McDonald blazed a pile driver off the crossbar.

After that Ronan Flynn completed the scoring in the game when he put over a late Glencar/Manor free.