Champions out as Ballinamore reign supreme 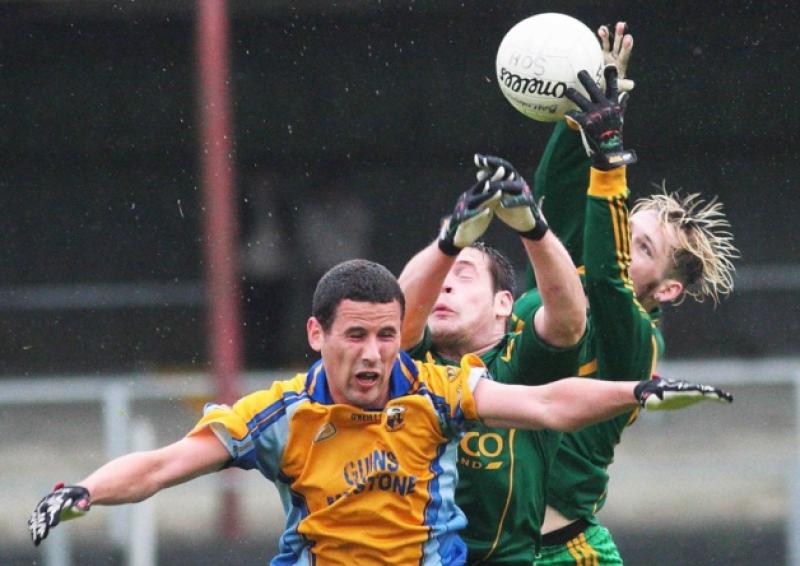 The south Leitrim side dominated from the start and grabbed a two point lead in the opening four minutes when Peter Reynolds slotted over two frees.

Glencar/Manor had a narrow shave shortly afterwards when Reynolds blazed a pile driver off the crossbar. A sixth minute yellow card was issued to Glencar/Manor’s Padhraic Corrigan.

The north Leitrim side had another let off seven minutes later when Dean McGovern blasted a Ballinamore goal chance wide. Then Ballinamore did register the game’s first goal which was registered from a Ryan Gavin 44 metre free.

Luke Murphy increased Ballinamore’s lead when he pointed a 17th minute 40 metres free. At the other end, Ballinamore had a let off when Patrick Loughlin failed to convert a goal chance after receiving a pass from Padhraic Corrigan.

Glencar/Manor eventually did open their account when Dominic Kelly shot an 18th minute point. Over the next five minutes, Ballinamore took an eight point lead with three unanswered points with Luke Murphy getting two and Andrew Burns one.

The north Leitrim side failed to hammer home a 23rd minute goal when sub Alan Hickey hit the upright. In the following minute Glencar/Manor’s Evan Sweeney shot a point but Andrew Burns replied with two points before the break that left Ballinamore leading by 1-8 to 0-2.

In the opening minute of the second half Ballinamore keeper, Philip Farrelly saved well when Glencar/Manor sub Brendan Rooney seemed to have a goal at his mercy.

Over the next four minutes Glencar/Manor managed to slightly reduce the Ballinamore’s advantage after Conor Dolan shot over twice and Brendan Rooney scored a point.

However the post halftime Manor mini rally was stopped in its tracks when Ryan Gavin hammered home his second goal of the evening. The Ballinamore lead was reduced to only seven points at the end of the third quarter after Michael Poniard and Conor Dolan hit over a point apiece.

Conor Dolan hit what proved to be a consolation 57th minute goal from near the 45 metre line when Dolan’s shot was misjudged by Ballinamore keeper Philip Farrelly as it dipped under the crossbar.

Ryan Gavin completed a personal hat trick two minutes later when he found the back of the net for a third time on the evening. Before the end, Luke Murphy made it a double score winning margin for Ballinamore’s (20 points to 10) when he shot over.