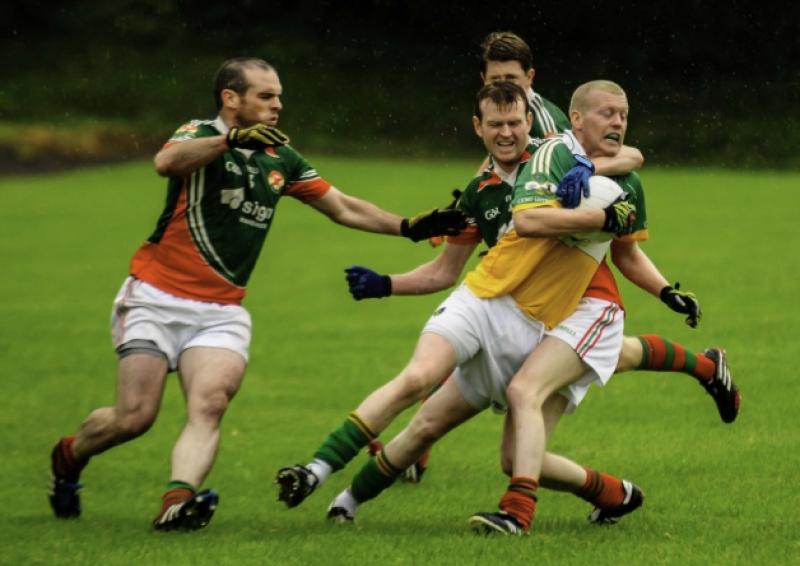 Sometimes, a draw feel like a win and other times, they seem like losses. But last Saturday in Cloone, both Kiltubrid and Gortletteragh were winners in Group 3 of the Connacht Gold Senior Championship.

Sometimes, a draw feel like a win and other times, they seem like losses. But last Saturday in Cloone, both Kiltubrid and Gortletteragh were winners in Group 3 of the Connacht Gold Senior Championship.

The drama all came in the final ten minutes as Kiltubrid converted a penalty that pushed them into a two point lead but Gortletteragh underlined their championship credentials as they fought back to force a deserved draw.

That draw proved extremely beneficial to both teams - Gortletteragh kept their positive momentum going and maintained their unbeaten championship run while the point was enough to lift Kiltubrid into the Best Third placed team spot and an automatic place in the quarter-finals.

Gortletteragh have quietly gone about their business in this year’s Championship, flying under the radar as they look to build on their semi-final appearance of last year where they were so unlucky against Mohill.

Kiltubrid too have been building up a nice head of steam, their win in the Shield Final highlighting their progress which was stalled by a defeat against Drumreilly.

Last Saturday’s game was definitely more important for Kiltubrid as they had to get a positive result than it was for Gortletteragh who had two wins and were assured of their place in the quarter-finals.

The sides were level at halftime as the tension seemed to be getting to both teams. Even allowing for the poor conditions, the few excellent periods of play stood out as the standard for foot and hand passing was poor and it hampered both team’s effort to produce more fluid and flowing football.

Having said that, the game did produce some excellent performances with the exhibition of high fielding by Kiltubrid captain Pat Moolick outstanding while the point scoring of Cathal McCrann & Noel Gill was another highlight of the contest.