“Something within us allowed Wicklow back in” 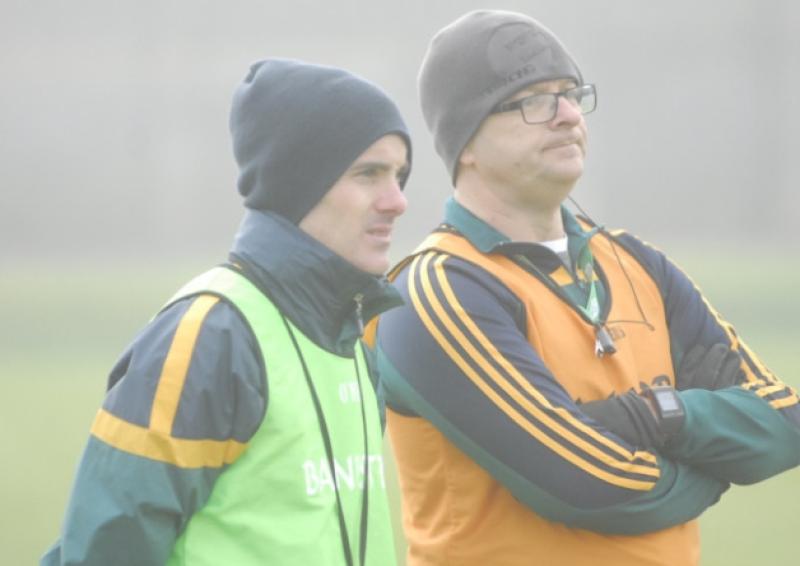 Just one score might have seen Leitrim through last Sunday’s Allianz NFL Division 4 clash with Wicklow according to Leitrim manager Shane Ward.

Just one score might have seen Leitrim through last Sunday’s Allianz NFL Division 4 clash with Wicklow according to Leitrim manager Shane Ward.

“We did so many things really well, similar to last week,” said Shane, “We took up a big lead and were in full control of the game and for some reason that changed. Something within us allowed Wicklow back in.

“Our decision making was poor at times and that let Wicklow back into the game, they scored four points very quickly coming into halftime and momentum had gone with them and away they went in the second half.”

Ward agreed that one score might have made all the difference - “One score, it was looking to get that one score that would have got the momentum swing back in your favour. We just couldn’t get that score round midfield, we were clogged up, they put big men in around the middle of the field and we just couldn’t seem to get a kickout.

“That all boils down to the guys on the field creating that and having the ambition to create that opportunity to get their hands on the ball and get the ball back up the field and that just didn’t happen for us in the second half. We had chances there in the end, we had seven scoreable chances in the last few minutes of the game.

“But again, bad decisions upfront and taking shots, just snapping at shots just for the sake of it because we’re in a situation that is intensifed instead of working the ball, keeping the ball and waiting for an opportunity where we could kick the 100% score and get the draw.”

Wicklow manager Johnny Magee felt that his team allowed Leitrim dictate the game for the first 25 minutes before turning it around - “We didn’t play at all the first 30 minutes, Leitrim played some good football but we didn’t get to the pace of the game at all, we let Leitrim dictate to us, we had no excuses at all.

“We tagged on a few scores, which were vital, the last five minutes which kinda of kept us in it. At halftime, we said, Lads, we’re better than that. I asked the question is that good enough and they all knew the answer straight away.

“There is no question there is belief in the squad, it is just to get it out, it is to perform week in, week out consistently. Last week, they only played for 20 minutes against Waterford and didn’t play to our potential. We probably got up to the pace for 20 minutes and then we died away, a combination of different things that maybe we didn’t believe enough.

“Leitrim’s 14 and 6 were causing us problems, we switched McGraynor to midfield and got to grips with midfield and brought John McGrath to centre-forward and we brought in Brendan McCrea who got a great point and a vital block at the end, he’s a corner forward.

“The changes worked today, on other days, they mightn’t so we’re happy to get out with a win. I’ve a few extra grey hairs, definitely heart in the mouth stuff,” concluded the Wicklow boss.