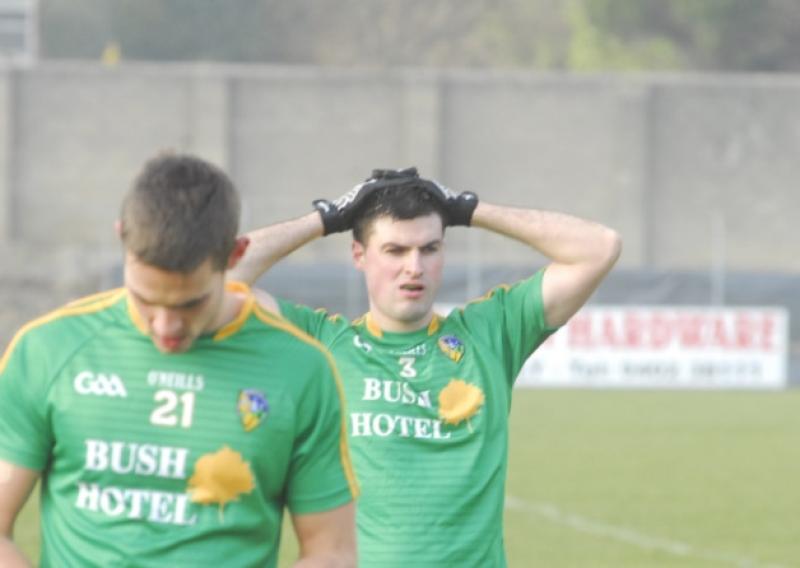 Manager Shane Ward rued poor decisions on the field of play as Leitrim were left stunned and shocked in Aughrim last Sunday.

Manager Shane Ward rued poor decisions on the field of play as Leitrim were left stunned and shocked in Aughrim last Sunday.

After leading by nine points after 25 minutes, Leitrim endured a horror afternoon as Wicklow scored 11 unanswered points to snatch victory in a bizarre contest that saw the Green & Gold miss several great chances to force at least a draw.

Asked if it was hard to explain what happened, Shane said “It is not hard to find words, it is just very simple. In a game like that, you’re in full control of the game for long periods and then you begin to make the wrong decisions on the ball, it will cost you in the end, you can’t do those things at this level.

“It is very much a work in progress, they are young players and they’re going to take a lot of work on their decision making. The intensity of that game at the end was massive so we’ll work on that in the coming weeks.”

Shane admitted his team will have to work on their decision making processes - “Situations like that can get very intense out there and decision making becomes the optimum and they have to step up and make faster decisions, quicker decisions.

“They have to read what’s happening in the game themselves, go and grab the ball and do what they did so well for 40 minutes in the game and keep doing that, keep things simple.

“That just didn’t happen in the second half, we just didn’t get on the ball. Compliments have to go to Wicklow, they did that, they pushed on, they obviously had nothing to lose and it worked on the day.”