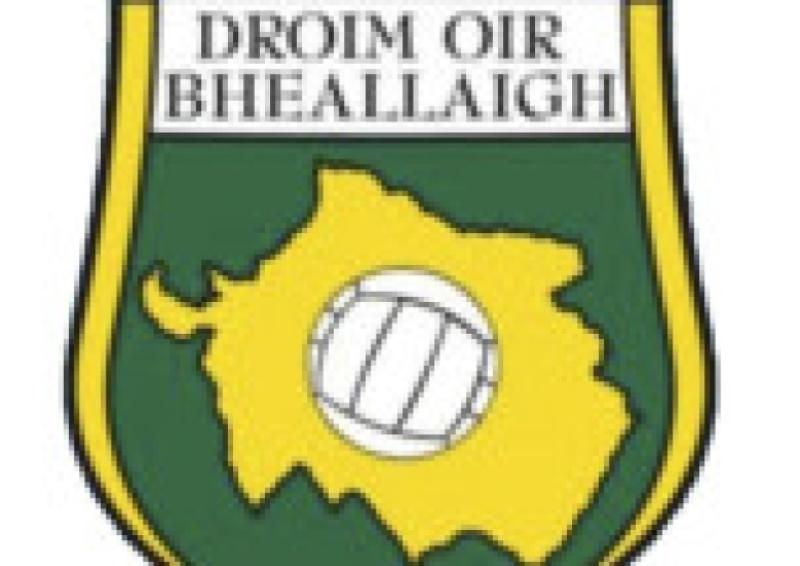 Annaduff and Drumreilly will be playing their League football in Division 2 next year after a dramatic conclusion to the Gallogly Catering Division One last Saturday.

Annaduff and Drumreilly will be playing their League football in Division 2 next year after a dramatic conclusion to the Gallogly Catering Division One last Saturday.

Drumreilly lost 0-15 to 0-12 to neighbours Ballinamore Sean O’Heslin’s in what was virtually a relegation playoff as the winners stayed up, a win for Drumreilly would have seen them safe against Ballinamore on the basis of the head to head encounters.

Annaduff, however, must feel they let a great chance to survive slip through their fingers as they lost by two points to Aughnasheelin, 0-11 to 1-6, where a draw would have sent new County Champions Aughawillan into Division 2 for next year.

Aughawillan were defeated 2-8 to 0-11 by Gortletteragh, gaining a small measure of revenge for their championship loss to the Willies. Annaduff and Aughawillan finished level in the League table on eight points and the Willies survived thanks to a six point victory over Annaduff back on Saturday, February 22, a win that kept them in Division One for 2015 thanks to the head to head ruling.

Unfortunately, the game in Aughnasheelin ended with ugly scenes as players and spectators became involved in a brawl. The Observer understands that the referee left the pitch only to return and finish the contest after representations from club officials.

In Division 2, Ballinaglera’s relegation to Division 3 was confirmed after they lost 1-12 to 0-10 to Glenfarne/Kiltyclogher. Mohill are odds on to join them after a 2-15 to 2-12 loss to Dromahair’s second team but they can still avoid the drop if they beat Glencar/Manorhamilton and Fenagh St. Caillin’s lost to Cloone.

The Mohill men would survive on the basis of the head to head but only if Cloone also see off Fenagh who lost to Mohill.

In Ladies action, Aughawillan and St. Joseph’s must meet again after an incident packed Division One Final last Saturday in Cloone, both teams scoring last gasp goals to keep their hopes alive.