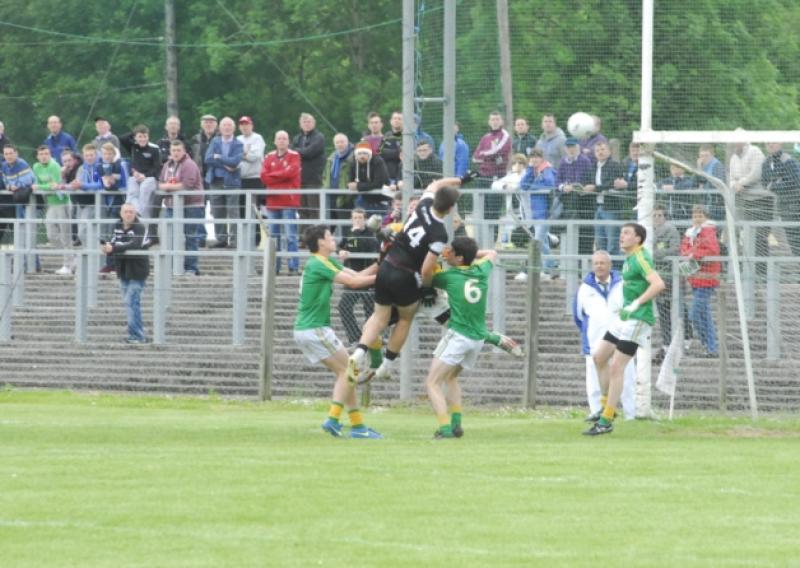 Hopes of a securing a place in the Connacht Final were high amongst supporters making their way into Pairc Sean and many were hoping it would be the start of a day to remember before they jumped in their cars after the game and headed towards Drogheda for the senior qualifier.

Unfortunately the tale of the game revolves around the four goals that Sligo scored, two in each half, that ultimately put Leitrim’s challenge to the sword.

For all associated with this team it was a bitterly disappointing way for the year to end. To give an indication of how close and competitive the game was, just two points separated the sides with eight minutes of the game remaining.

There was no sign of big match nerves as Leitrim looked to bring the game to their opponents. Keith Beirne opened the scoring in Pairc Sean MacDiarmada when he converted a free just 50 seconds into the game.

Two Sligo attacks produced two wides before Leitrim doubled their lead with Beirne converting a free after a foul on Niall McGovern.

Nathan Rooney, son of the Sligo manager and one of Leitrim’s heroes of ‘94, Aidan, opened the Yeats County’s account when he converted a free but Leitrim soon re-established their two point advantage when Keith Beirne converted a free after a foul on Conor Cullen.

With the Leitrim defence opening up in front of him McGuinness picked out Liam Gaughan who released the unmarked Sean Carrabine who finished confidently past Michael Gallagher.

That goal could understandably have dented the confidence of the Leitrim players and they were to be on the receiving end of another bodyblow just three minutes later when Sligo struck for their second goal.

Midfielder Paul Kilcoyne picked out Patrick O’Connor who had to contend with the close attention of Leitrim keeper Michael Gallagher and full-back Alan McTigue but despite the pressure being applied he was able to apply a perfect finish across the goal and just inside the far post to leave Leitrim facing an uphill battle.

Trailing by four points having been the better side during the opening quarter, Leitrim replied positively with a Conor Cullen point but were then dealt another blow when Cullen received what seemed to be a harsh black card.

Nathan Rooney scored Sligo’s first point from play in the 23rd minute before Leitrim hit back with a Keith Beirne free and a wonderful, outside of the boot strike from Darragh Rooney.

However, it was to be Sligo who would finish the half on a high as they completed the scoring with points from Sean Carrabine and Darragh Cummins to give them a 2-4 to 0-6 lead at the break.

Leitrim began the task of fighting their back into the game with Keith Beirne converting a free after a foul on Niall McGovern and the deficit was reduced to two points when Beirne converted another free.

Throughout the game Sligo were always able to do just enough to keep Leitrim at arms length and points from Darragh Cummins (two) and a Liam Gaughan free seemed to put Sligo on course for victory as they led by five points in what was a very competitive game.

Once again Leitrim set about a fightback with Ryan O’Rourke pointing before Martin Feeney ventured forward andfound Keith Beirne who pointed to keep hopes of a comeback alive.

Although Sligo hit back with a Nathan Rooney free, Leitrim were now truly imposing themselves on the game. Owen Dolan, Pearce Dolan and the deep lying Jack Heslin started to have a bigger say on matters and another Keith Beirne free meant with eight minutes remaining Leitrim were still very much in contention.

The next score was arguably the point of the game from a Leitrim point of view. A wonderful cross-field pass from Pearce Dolan released wing-back Darragh Rooney who applied the finish the move deserved to reduce the deficit to just two points.

Unfortunately from a Leitrim point of view that was as close as they were to get to Sligo who struck for two late goals courtesy of Patrick O’Connor and Rian Kennedy to advance to the Connacht Final.