Another qualifier loss for Leitrim as Louth prove just too strong 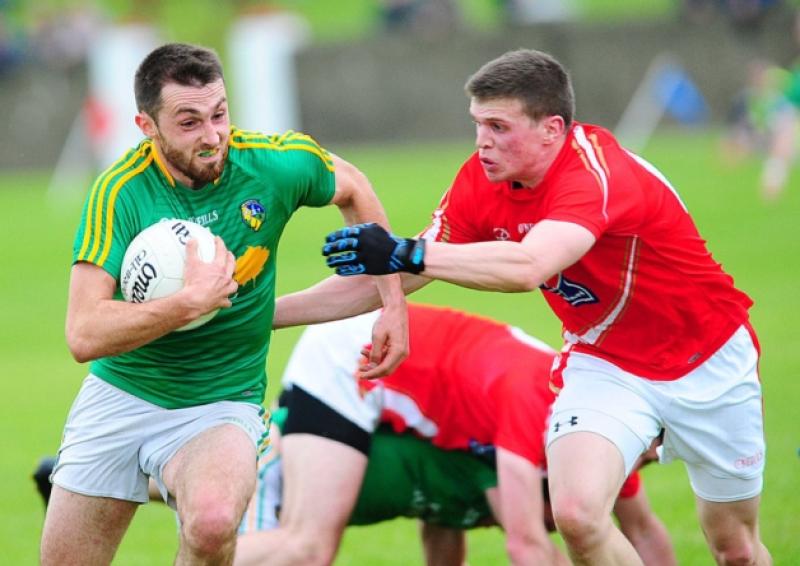 Leitrim may have travelled to Drogheda full of high hopes but they left with their dreams shattered for yet another year in the Qualifiers.

Leitrim may have travelled to Drogheda full of high hopes but they left with their dreams shattered for yet another year in the Qualifiers.

Shane Ward’s team, and many supporters, felt that this was a All-Ireland Championship Qualifier that was more than winnable but so did Louth and after an entertaining first half, the scoring power of the home side always looked as if it was going to prove decisive and so it proved in a disappointing second half as the life was strangled out of Leitrim.

That deep disappointment is no doubt influencing many of the post-match reviews of the game in Drogheda - fans seemed to think Louth were there for the taking, that it would be an easy encounter for the Green & Gold but Louth showed they are a team with a real scoring threat from all sectors of the field.

With Fergal Clancy producing an epic first half display, time and time again, Louth opened up a gap only for a dogged Leitrim to reel them in as the match flowed from one end of the field to the other and at halftime, the game looked finely balanced at 0-11 to 0-8 at the break.

Instead, Louth took note of Leitrim’s strength and countered them, a man marking job on Fergal Clancy shutting down the flow of scores for the Green & Gold while their substitutes, particularly the massive Conor Grimes, made big impacts at the other end.

Grimes was barely on the field a minute when he batted aside a Leitrim defender to win the ball, then brushed past another challenge and planted a low shot past Cathal McCrann.

The goal came 12 minutes into the second half and it was effectively game over - Louth were content to hold onto what they had while a frustrated Leitrim resorted to shooting wildly from distance, some atrocious efforts that did them no good as the game petered out to it’s inevitable conclusion.

That goal broke Leitrim’s resistence and although Danny Beck looked for one glorious moment as if he might immediately snatch back a goal, the visitors were always struggling to catch a Louth side determined to make the most of home advantage.

A new look Leitrim team took many positive steps during the year but Saturday saw Louth give them a cruel lesson in creating and taking scores and the fact that nine different Louth players got on the scoresheet tells its own story.

Louth were obviously briefed about the defensive system deployed by Leitrim and they simply left their two wing-backs sitting in front of the avenues leading into Donal Wrynn, which left the Green & Gold struggling to build any sort of attacking momentum.

How both teams worked their scores was fascintating as Louth’s scores in the first half came from sustained build-ups while Leitrim relied far more on individual exploits, particularly from Fergal Clancy.

The Glenfarne/Kiltyclogher clubman was a joy to behold during the first half with four superb points than even had the Louth crowd purring in admiration.

And Leitrim’s demise was down as much to a man marking job on Clancy during the second half as it robbed the Green & Gold of their main attacking outlet on the night.

The long ball to Donal Wrynn simply didn’t work as the Fenagh man was left isolated and the approach ball cut off and too often, he was forced out to the sideline to gain good possession.

Leitrim’s only real attacking momentum came when individual players broke quickly and used the space to create over-laps and take scores from distance.

It contrasted with Louth’s patient build up play, their running off the shoulder and use of runners and hand-passing to beat Leitrim’s blanket defensive system and it was quite interesting to see how they sucked the Leitrim players into one side of the field only to switch the ball to an unmarked Louth player for an easy score.

Leitrim’s defence found it hard to cope with Louth’s movement and got caught playing zonally rather than following their own men.

It was a chastening experience for a young Leitrim team. The loss of experienced players and the introduction of so many new players and the implementation of new structures has not been easy and once again, we are left to wonder where next for the county team.

Yet this is the first year for some time without a controversy hitting the squad ahead of the Qualifiers and an eight point loss, while deeply disappointing, is nowhere near as devastating as the hammerings to Down and Armagh.

There is potential in this young team and the improvment in county minor and U21 teams in recent years should mean progress but to be honest, the county has been on a steady downward slope since the days of Dessie Dolan with the odd peak of renewed optimism.

It will take a massive and concerted effort by everyone associated with the GAA in Leitrim to change things around but perhaps the first small steps are being taken on the right road.