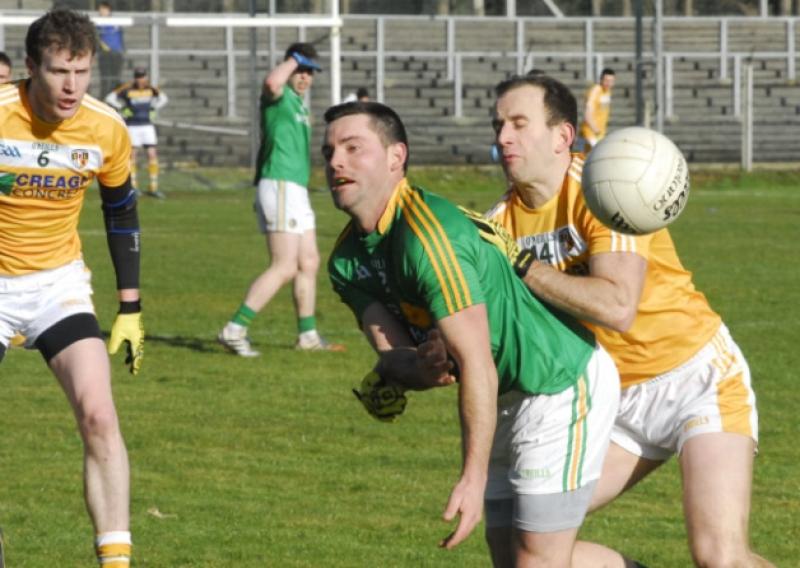 Last Sunday proved to be one to forget for Leitrim supporters as they saw their side slump to a five point defeat at hands of Antrim in Pairc Sean MacDiarmada.

Last Sunday proved to be one to forget for Leitrim supporters as they saw their side slump to a five point defeat at hands of Antrim in Pairc Sean MacDiarmada.

In the aftermath of the game Shane Ward felt there were positives to be taken from the game adding the hard work done in training will pay dividends.

““We had a lot of positives today but some of our decisions on the field are still yet to come to fruition. They have been working on a lot of different things in training and sometimes translating them to matchplay can be difficult. It’s a work in progress very much.”

With one eye on next weekends Division 4 encounter with Offaly, Shane has his other on next Wednesday’s Connacht U-21 Championship quarter final against Mayo in Castlebar (throw-in 7.30).

Looking ahead to the Mayo game Shane is all too aware of the challenge facing his side but believes Leitrim can cause an upset.

“Mayo will have their homework done and they won’t take us for granted, which any good team shouldn’t. Last year with Galway is dead and gone. We only to use it to reflect on performances and things we could have improved on but apart from that it’s gone very much from our minds. It’s very much focused on Mayo and we will be going with the ambition of winning the game and it will be very straight forward after that.”

With the exception of last year’s win over Galway Leitrim’s recent record at this level is poor but as Shane pointed out when referencing the 16 team Hastings Cup , it is a fiercely competitive championship.

“The four semi-finalists were four teams from Connacht, ourselves, Galway, Mayo and Roscommon so football in Connacht at minor and U-21 level is very strong.