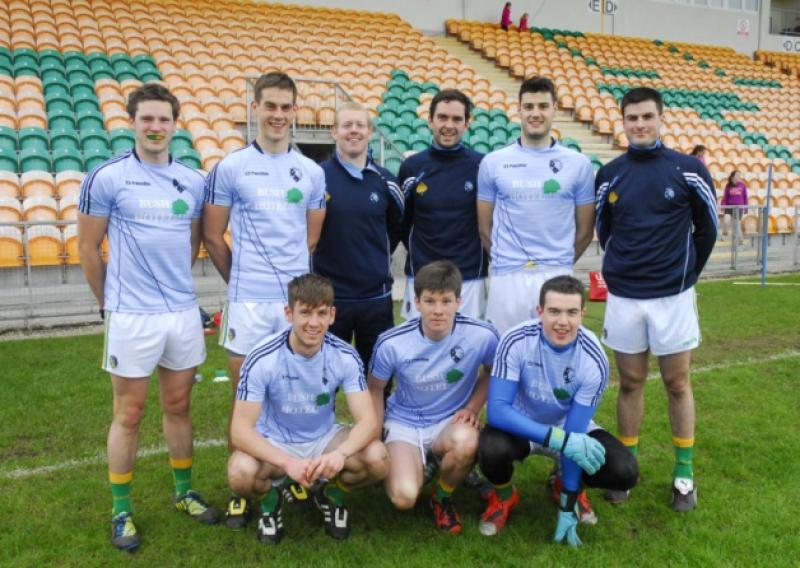 Leitrim host Galway in Pairc Sean Mac Diarmada in a Connacht Senior Championship Quarter-Final game (throw-in 3.30) that many expect the Tribesmen to cruise through without giving the Green & Gold much of a thought.

But spend any time talking to manager Shane Ward or any of his players and you sense a deep well of self-belief that Leitrim can defeat Kevin Walsh’s Galway to score a first championship win over the Tribesmen since 1994.

First of all, Galway are hot favourites for a reason - they are a powerful team with talent in every area of the field and possess some of the best young players in the country.

Just four of the Galway team that lined out at the official opening of the Philly McGuinness Park last January saw action against New York, a comprehensive 2-18 to 0-8 victory that came despite a stomach bug hitting the Galway camp stateside.

All-Ireland Club champions Corofin supply just a handful of players and while the Tribesmen are carrying a few injuries with keeper Manus Breathnach and Gareth Bradshaw ruled out of action, Walsh could afford to use DCU star Tomas Flynn as a sub against New York.

There is also the undeniable fact that Galway will definitely not take Leitrim for granted - their own recent history means that this crop of Galway players, while winning all before them at underage and club level, have yet to forge their own reputation.

Many are expecting them to do just that and the arrival of Kevin Walsh as manager this year adds to the growing murmurs of expectations around this Galway team, something they haven’t always been able to deal with.

Leitrim are undoubtedly a team in transition and the loss of so many who have been key players over the last five to ten years will take time to overcome. But it is also undeniable that there are signs of hope as Shane Ward works to change the culture around the county senior team.

Rarely have Leitrim taken to the field with such physical presence - the emergence of James McGrail adds to the power of Donal Wrynn, Shane Moran, Darren Sweeney and Paddy McGowan around the middle sector of the field, making this one of the physically biggest teams Leitrim have produced in year.

Up front, Ronan Kennedy has made himself indispensable over the latter stages of the League, adding to the craft and graft of Kevin Conlan and Fergal Clancy. Danny Beck will be named in the forwards but will spend most of the day screening the Leitrim rearguard.

Wrynn & McGrail are likely to swap positions a few times next Sunday but Wrynn offers the sort of threat at full-forward that Leitrim haven’t possessed since Declan Maxwell terrorised Galway full-backs.

Alan McLoughlin, Thomas Mulvey and Ciaran Gilheany are all live contenders to start in an attack that has racked up some very impressive tallies over the League campaign.

Defence also offers a few conundrums - Ronan Gallagher at full-back, Gary Reynolds and Sean McWeeney offer experience and strength along with keeper Cathal McCrann while Danny Beck has been a key man in the defensive screen, dropping back deep to add support to the rearguard.

Conor Farrell, Matthew Murphy, Barry Prior, Micheal McWeeney and Niall Woods have all enjoyed extended runs in the team over the League campaign, giving Shane Ward a pleasant headache when choosing his team.

What Leitrim will do, as they have done all year, is defend in numbers and with discipline before breaking quickly and intelligently, seeking to exploit target man Wrynn and Kennedy’s finishing ability.

Frustrating Galway, holding them up, turning over the ball and refusing to give up easy scores and all while capitalising on every chance that comes their way will be key but the Tribesmen will expect the tactic and will seek to use their strength in depth to wear down the Leitrim challenge.

You have to go with Galway but you really believe that this emerging Leitrim team can take an important step in their development and deliver a performance that will lift the county and fill the future with hope.