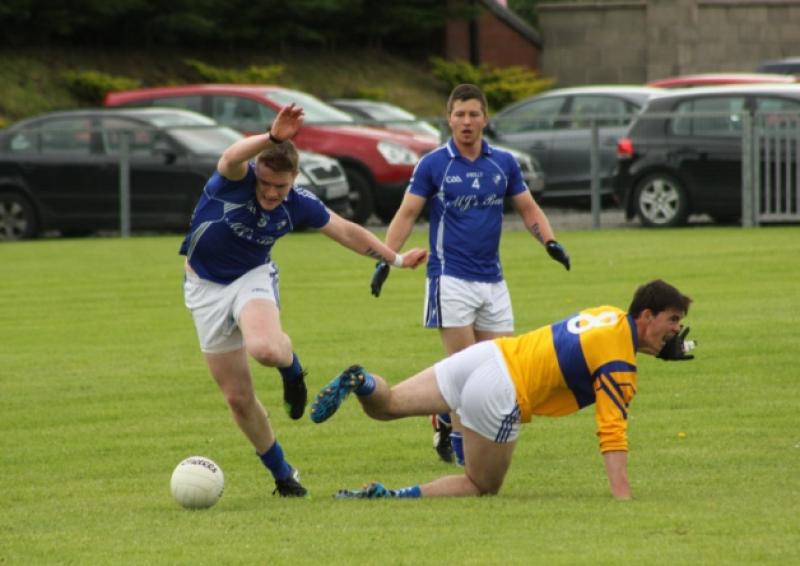 After an intriguing first round, there is no doubting that the clash of Aughawillan and Glencar/Manorhamilton is the main attraction of the second round of the Connacht Gold Senior Championship.

After an intriguing first round, there is no doubting that the clash of Aughawillan and Glencar/Manorhamilton is the main attraction of the second round of the Connacht Gold Senior Championship.

The 2014 Champions and League winners meet in a fascintating clash that should draw a lotof neutral interest as both teams look to book their place in the Quarter-Finals.

Below we take a brief look at each of the games:

St. Patrick’s Dromahair v Gortletteragh: Two teams that saw victory fall from their grasp in the first round and who need a victory. The question will be how both teams deal with the disappointment of their defeats and there is a slight feeling that Gortletteragh may be better placed.

Dromahair put so much into their game against St. Mary’s, targetting it all year that it will take a special team to overcome that. Gortletteragh are still relying on their older troops but they need to find a way to bring Jack Heslin into the game more. Too close to call definitely but a tentative vote for Gortletteragh.

Annaduff v St. Mary’s Kiltoghert: The Carrick men were blessed to get over Dromahair and they will be eager to make the most of that. Annaduff also lived on the edge in their win but you get the feeling that St. Mary’s probably have the great strength in depth and should take the win.

Glencar/Manorhamilton v Aughawillan: The game of the weekend and both teams will be eager to send out a message next Saturday, to everyone else and to each other.

Aughawillan will be very disappointed by the manner in which they lost a lead to Carrigallen and they will no doubt be far more fired up against the League champions. A win would be enough to see them into the quarter-finals and that will be a serious motivating factor.

Glencar/Manor have a potent mix of youth and experience and their full-forward line is more than capable of ripping an defence to shreds. They have a few areas of concern but they are one of the few teams with the strnegth in depth to address this. It will be very close and hard fought but Manor to edge through.

Carrigallen v Bornacoola: A huge game here - Bornacoola can only improve after their display against Glencar/Manor but they will need to show more solidity in defence and far more cutting edge in attack.

Carrigallen ripped up the form book against Aughawillan and they grew in self-belief as they game went on. If they can retain the form they showed in the second half, Carrigallen can take the win.

Mohill and Kiltubrid can both seal their place in the quarter-finals with a victory but face teams battling to keep their championships alive.

Drumreilly will feel they left behind a huge victory against Kiltubrid and they face a very difficult task in trying to get a win against a Mohill team who looked comfortable and accomplished against Allen Gaels. Mohill have too much strength and should progress.

The derby meeting of Kiltubrid and Allen Gaels is a fascintating clash - the Gaels battled hard against Mohill and will take a lot of positives from that encounter. Kiltubrid, by their own admission, had a large slice of luck in beating Drumreilly but a good performance here against the group favourites will set them up nicely for the crucial last group game.

The Drumshanbo men look to have an edge here with Brian Mulvey leading the way.