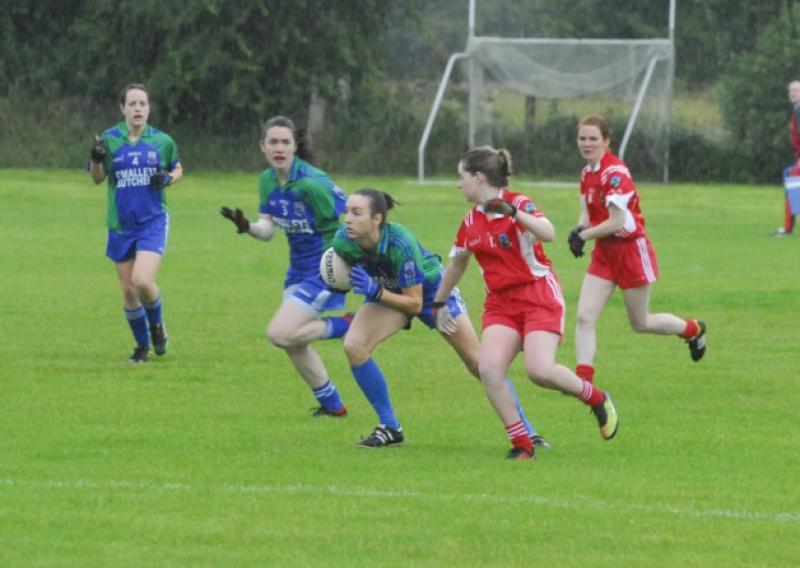 County Champions Dromahair opened the defence of their title with a comprehensive win over an understrength St. Joseph’s last Saturday.

County Champions Dromahair opened the defence of their title with a comprehensive win over an understrength St. Joseph’s last Saturday.

Four points might not seem like a big winning margin but in conditions as horrible as both teams experienced in Kiltubrid, a four point gap was as good as ten points such was the difficulty in keeping your feet or trying to play football.

After a tight first half, the superior fitness of the champions proved the difference as St. Joseph’s, minus five first choice players, weren’t able to match their sheer desire to work hard, their desire to go and get the hard yards.

Sinead Fowley and Anna Conlan were again the engine room but the foundation was a very solid half-back line where Edel Fowley, Mary & Erin Farrell simply made it impossible for St. Joseph’s to make any sort of headway.

Sharon Kerrigan, Aine Heslin, Siobhan McCartin and Alanna Bohan worked their socks off but Dromahair were just too strong on the day.

After a couple of wides, Dromahair got the perfect start when a good passing move ended with Aoife McTiernan slamming the ball to the net on four minutes, Sharon Kelly following up with a point on seven minutes.

Incredibly, Dromahair only managed one more point for the rest of the half, Mairead Fowley putting over a free in added time and St. Joseph’s really got themselves back into the game with Bronagh O’Rourke firing over on 11 minutes. Philippa Maguire, switched up to attack, scored a good point before O’Rourke added a second point.

Although Dromahair weren’t scoring, they threatened with Shannon O’Rourke saving a shot from Anna Conlan while O’Rourke did incredibly well to save a Conlan shot that slipped underneath her, recovering well to keep the ball from crossing the line.

A great point from O’Rourke, set up by Aine Heslin’s run, and a free from Fowley left the halftime score at 1-2 to 0-4 in favour of Dromahair.

Erin Farrell thumped over a good point a minute into the second half before Carmel McCartin scored a good point, a goal momentarily appearing on after a Dromahair clearance was intercepted.

Dromahair hit back with two points in as many minutes from sisters Sinead and Mairead Fowley before a brilliantly worked move ended with Anna Conlan pointing from 30 yards on 12 minutes.

The game took a turn a minute later when Mary Clancy was yellow carded for a high foul on Sharon Kerrigan and St. Joseph’s got themselves back in the game when Bronagh O’Rourke’s high shot deceived the keeper and ended up in the net.

Suddenly the game seemed back in the melting pot but St. Joseph’s were never able to breach a solid Dromahair rearguard and despite the absence of their full-back, they held out comfortably and added a point from Kelly to compete a comfortable victory.