Manor lay down marker but Bornacoola set to struggle 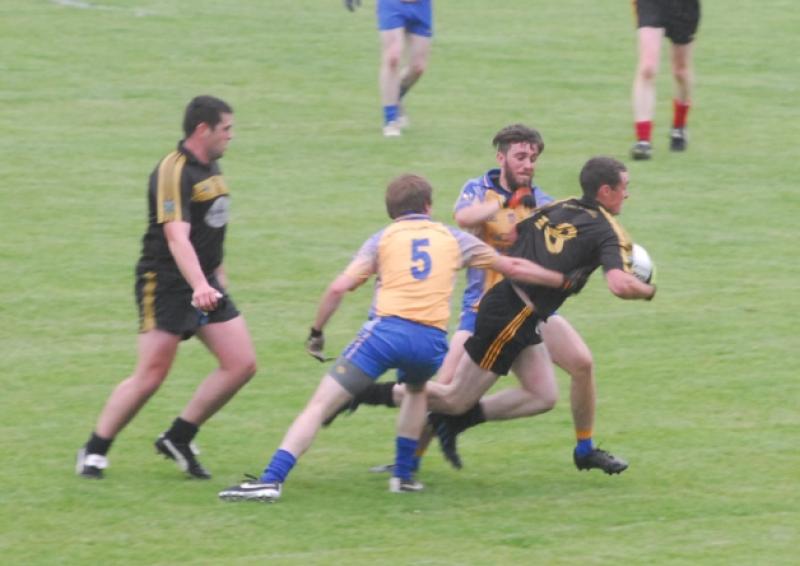 Glencar/Manorhamilton showed just why they are among the favourites for the Connacht Gold Senior Championship with an impressive demolition of Bornacoola.

Glencar/Manorhamilton showed just why they are among the favourites for the Connacht Gold Senior Championship with an impressive demolition of Bornacoola.

Friday night’s opening round of the 2015 Championship saw a potent mix of youth and experience from the Glencar/Manorhamilton prove far too strong for a Bornacoola team who look set for a long struggle in this year’s championship.

Manor know they will come up against tougher opposition but this was a good start as Ronan Flynn opened the scoring from a free in the first minute, a lead doubled when Niall Brady turned nicely to fire over before Philip Howard replied from long range on five minutes.

Glencar/Manor took a decisive grip on the game after just seven minutes when James Glancy surged through the Bors defence and off-loaded the ball to Niall Brady for a virtual tap in from five yards.

Strangely, the gaol prompted Bornacoola’s best spell as Kevin Shanley fired over two brilliant points, one from play and one from a free, while Damien Moran looked to have sight of goal but blasted wide.

Bornacoola had a let off when Niall Brady’s run set up Conor Dolan but his fisted effort came off the crossbar while Philip Howard and Shane Loughlin both saw chances hit the woodwork but Glencar/Manor took control of the game with four points in a four minute spell.

Ronan Flynn with two frees and patient approach work led to scores for Dominic Kelly and Conor Dolan to put six between the teams after 22 minutes. Philip Howard replied with a free but Darren Sweeney swept over a 45 to leave the halftime score at 1-7 to 0-4 at the halftime break.

The north Leitrim men went about finishing the game quickly in the second half as Adrian Croal did well to keep a long ball in play before he played a one-two with James Rooney to set up a brilliant point in the first minute.

Philip Howard grabbed Bornacoola’s first of the half on ten minutes but the scores came in between three goal chances that should have been converted by the Manorhamilton side.

A great pass from Conor Dolan put Darren Sweeney clean through on goal but his shot was brilliantly diverted over the bar by Bornacoola keeper keeper Gerry Gearty.

Niall Brady intercepted a defensive clearance and raced through on goal with a man in support but blasted wide with the goal at his mercy and the same happened again a minute later when Ronan Flynn shot wide as he bore down on goal,

But the points continued to flow - Croal scored a brilliant effort from the left corner while Darren Sweeney scored a great point on the run to extend the lead to 12 points midway through the second half.

A highly effective Manor saw James Rooney point under extreme pressure before Ronan Flynn pointed two frees to extend the lead to a massive 15 points with ten minutes to go before Ollie Vaughan thumped a massive 50 yard effort over the bar before collecting a yellow card for dissent.

Bornacoola did get the consolation of a late goal when Kevin Shanley’s long free was spilled in the driving rain by keeper Colin Gilligan and Philip Howard pounced to blast the ball to the back of the net with seven minutes to go.

Glencar/Manor responded with a James Rooney point set up by a clever fisted effort from Conor Dolan but the last word fell to Shane Conroy who pointed for Bornacoola.