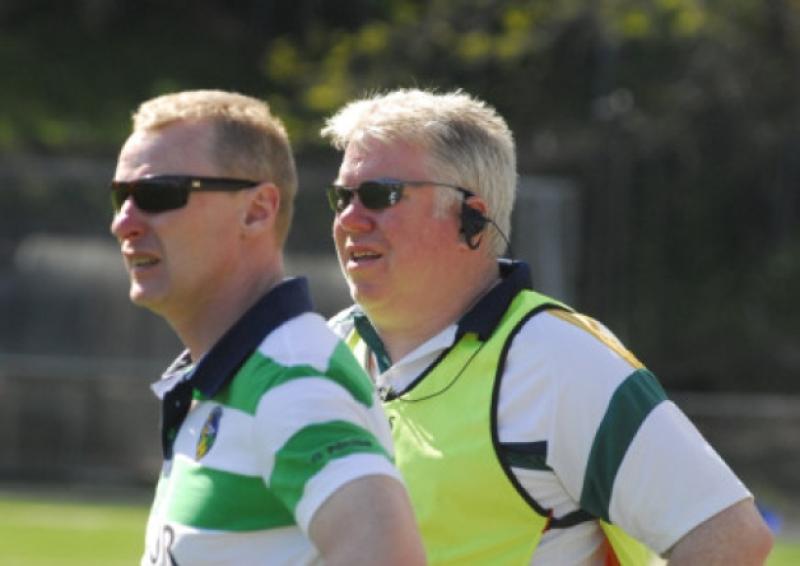 Despite a week of feverish speculation and rumours, there will be no return to the Leitrim Senior Football team for dropped players Wayne McKeon, Tomas Beirne, Shane Moran and Conor Beirne after a week that has rocked the preparations of the county squad ahead of the Connacht Semi-Final against London on Sunday, June 23.

Despite a week of feverish speculation and rumours, there will be no return to the Leitrim Senior Football team for dropped players Wayne McKeon, Tomas Beirne, Shane Moran and Conor Beirne after a week that has rocked the preparations of the county squad ahead of the Connacht Semi-Final against London on Sunday, June 23.

The news, first revealed by the Leitrim Observer last Wednesday afternoon, that the four players had been dropped for “breaches of discipline that have fallen below the strict code of standards as agreed by team managment and players” was greeted with shock, anger, dismay and a level of emotion that caused the entire situation to be compared to the infamous Roy Keane and Mick McCarthy row in Saipan.

Online petitions to reinstate the four players sprung up but joint manager George Dugdale, speaking exclusively to the Leitrim Observer, says that the matter is closed and the team were concentrating on the Connacht Semi-Final clash with London but added that there were “no winners” in the incident.

“There were parameters in places as agreed by the management and players and the consequences were very clear,” said George, “Unforunately, the boys by their actions consequently excluded themselves from the panel. There are no winners in this and there is nothing personal against the boys excluded.

“However, with the full support of the County Board, the management and players have now moved on and they are totally focussed on the task of winning our Semi-Final against London.”

The Leitrim Observer did contact two members of the dropped quartet on Monday but they did not wish to make a statement.

The news offically broke when the County Board issued a statement at 4 pm last Wednesday, just days after London had shocked Sligo in Ruislip and the shock around the county was palpable. The County Board’s statement in full reads “As a result of breaches of discipline that have fallen below the strict code of standards as agreed by team management and players, four panel members have been excluded from the Leitrim Senior Football panel. There will be no further comment issued by Leitrim GAA on this matter.”

The Observer understands that the four players were dropped for socialising after a club game between Ballinamore Sean O’Heslin’s and Eslin in the Intermediate Championship while sources have indicated that Conor Beirne was also disciplined due to missing training.

The loss of the four players is a major blow to Leitrim’s preparations for the London game - Wayne McKeon has consistently being one of Leitrim’s best players over the last few years and battled back from a career threatening injury last year against Mayo to regain his place in the starting line-up.

Tomas Beirne had won the Man of the Match award against New York after a powerhouse display while Shane Moran, who missed the New York game due to exam commitments, and Conor Beirne were believed to be pushing hard for a starting position against London.

The decision to drop the four players was endorsed by Leitrim captain Emlyn Mulligan who claimed in interviews last week that Leitrim football will never progress unless disciplinary issues are sorted out once and for all - “This needs to be cut out. There are players there 10 years on that panel and it has never stopped, that sort of thing.”

“It has to be a line drawn for the future of Leitrim football. Leitrim will never progress if these boys aren’t punished for their mistakes – that’s looking at the long-term effect. In the short term, it will obviously affect the team going into the London game but we’ll just have to put that in the back of our minds, gather into a tight group and put the heads down.”