No winners in sorry tale that splits county 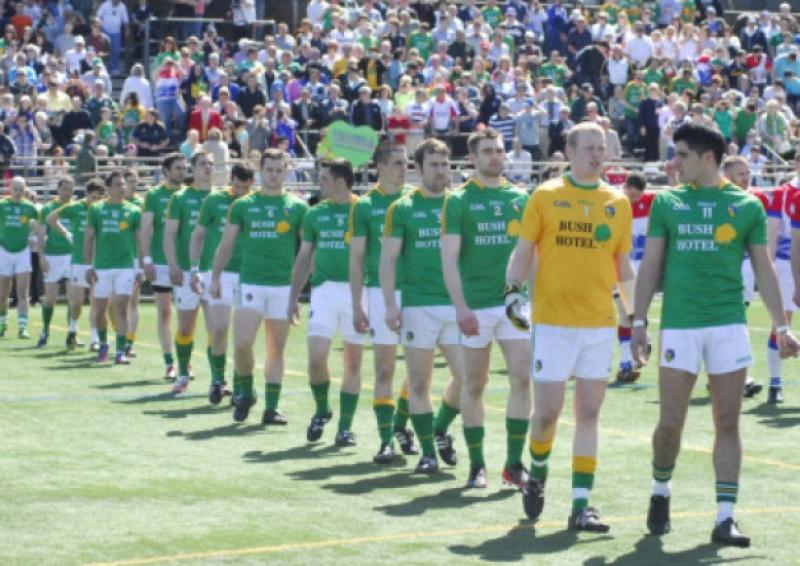 If there was any doubt of the place Gaelic football has in the hearts and minds of Leitrim people, the events of the last week have well and truly dispelled those notions as the dropping of Wayne McKeon, Tomas Beirne, Shane Moran & Conor Beirne from the Leitrim Senior football panel has split the people of the county right down the middle.

If there was any doubt of the place Gaelic football has in the hearts and minds of Leitrim people, the events of the last week have well and truly dispelled those notions as the dropping of Wayne McKeon, Tomas Beirne, Shane Moran & Conor Beirne from the Leitrim Senior football panel has split the people of the county right down the middle.

Ever since the news was broken by the Leitrim Observer last Wednesday that the four members of the County squad had been dropped for “breaches of discipline that have fallen below the strict code of standards as agreed by team managment and players”, almost nothing else has been on the mind of Leitrim football fans over the last seven days.

Speaking to those immersed in Gaelic games in the county since the news broke that four star players had been ruled out of action against London in a Connacht Semi-Final has been an interesting experience and leaves no one in any doubt about the depth of feeling this issue has aroused.

Tears were almost spilled by one man, another admitted that he wasn’t able to sleep after hearing the news and as upset as everyone is, the split between those who have fully supported the decision of the management and the players to drop the errant quartet and those who wish some accommodation could have been worked out is compellingly stark.

George Dugdale’s statement to the Observer, featured on the front page, was carefully and meticulously thought out, with the aim of not inflaming an already volatile situation further but there is no escaping the emotion when the 1994 Connacht Championship winner says“There are no winners in this and there is nothing personal against the boys excluded.”

Colin Regan’s excellent column in this week’s Observer captures the dilemna well when he writes of the dropped players “They are decent lads and amateurs players who have represented their clubs and county with distinction in the past and now find themselves in the middle of a horrible situation.”

But equally, Colin is fully supportive of the decision to drop the quartet - “I know I for one will stand by my county team and management and respect them all the more for the hard call they have made” and, in the cold light of day, it is truly impossible to disagree with him.

Emlyn Mulligan’s comments to the national media touched a nerve with some people but you cannot argue with the sentiment expressed by Leitrim’s captain when he says “It’s the opportunity we have to reach a Connacht Final for the first time in 13 years, and they don’t come around too often .. but at the same time I want to be leading out 15 or 20 fellas who are willing to put everything into it for the cause of the Leitrim jersey and the Leitrim supporters.”

And it is precisely that situation - the prospect of a Connacht Final if London can be overcome in Pairc Sean - that lends so much emotion to the situation - would there be the same reaction if we were playing Mayo or Galway or Sligo on June 23, instead of London?

Some may view that as condescending towards London, and as one of the few who actually saw London lose narrowly to the Green & Gold earlier this year, it is not a view I share, but the minute Sligo were beaten, Leitrim fans started to dream and dream big.

The reaction since the dropping of the four has been both jaw-dropping, infuriating and, at times, disgusting, as the web warriors have taken to the internet, facebook and all manner of social media sites to lambast, slander and scorn anyone even remotely connected with this saga, the Observer also taking a few hits along the way from our nameless keyboard friends.

One wonders, and Colin Regan’s column says it much better, would these web-warriors be so brave had they to put their name to their out-put? You can agree, disagree or think whatever John Connolly, Philip Rooney or Colin Regan write is tripe but at least you know who is behind the words, for good or ill.

What makes the situation all the sadder for the players involved has been the sacrifices they have undoubtedly made - Wayne McKeon overcame what looked like a career threatening injury in the Mayo game last year to make it back for the FBD League in January and then underwent further surgery during the League to rectify problems that arose out of that injury.

Tomas Beirne’s efforts this year to get himself in shape have been nothing short of remarkable and one of the success stories of the year - when Leitrim were playing Mayo in the FBD League, Mossy was being put through a rigorous training session on his own, that hard work rewarded with a man of the match display against New York.

Conor Beirne remains one of the county’s greatest enigmas, a young man with the talent to be the Province’s best forward bar none but perhaps with an outlook on life and football that is more relaxed than his team-mates - his goal against Sligo two years ago one of the great highlights of Leitrim football.

Shane Moran’s talent has been obvious to anyone who has seen him come up through the ranks, his impact as a sub last year against London was one of the key factors in securing a one point victory. A young man starting out on his inter-county career, Moran can easily become the foundation of Leitrim teams for the next ten years.

To be honest, I can’t say that I know these players overly well - I have chatted with Wayne on sidelines and at matches, interviewed Mossy and Shane (who I think found the experience more playing a match!) and regard all four as extremely talented young footballers, they certainly can be the spine of Leitrim teams for years to come.

And they are certainly not bad people but they have made a bad judgement, one for which they are rightly disciplined and have paid a huge price.

The decision to drop them was the right one - allegations are flying that others have transgressed just as greviously but you can only discipline what you know for a fact has occured.

The matter is now closed but it will always be in the background - Leitrim face a Connacht Semi-Final against a London team nobody should underestimate without four players who will definitely be missed and whatever the result, there will always be a gnawing question of what might have been had the four players been available.