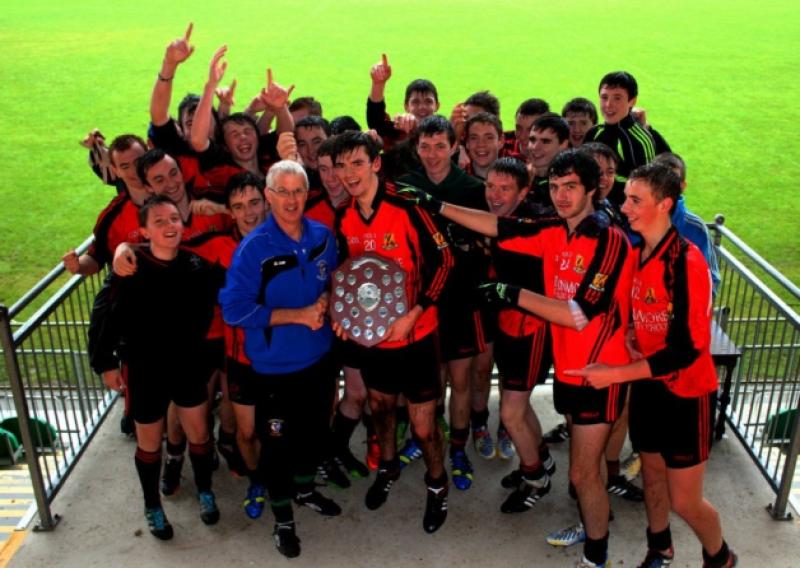 For Mohill it proved to be a frustrating afternoon in Pairc Sean MacDiarmada as they always seemed to fighting to stay in touch with their opponents. However, that was a task they proved more than capable of for much of the game as with just 15 minutes remaining there was only two points separating the sides.

Mohill were punished for an early miss as Luke Murphy and Mark Plunkett converted frees within a minute of each other to give Ballinamore a lead they were never to relinquish.

Both sides struggled with the conditions and saw a number of efforts trail harmlessly wide before Mark Plunkett unleashed an excellent shot for the game’s first score from play.

That point was followed by scores from Niall McGovern and Luke Murphy as Ballinamore took control of the contest.

Mohill were presented with a glorious opportunity to get back in the game following a clever exchange of passes involving Jamie Stenson, Keith Keegan and Ronan Gordon. However, when the ball came back to Keegan he was unable to get sufficient power in his strike and Daire McNiff was able to make a relatively straight forward save.

That miss was to be punished moments later when Ryan O’Rourke pointed to put six points between the sides.

To their credit Mohill continued to battle and their perseverance was rewarded when Ronan Gordon converted two frees in quick succession.

Moments later the deficit was further reduced when Keith Beirne pointed but only for a vital intervention from Daire McNiff Mohill would have been celebrating goal.

With four minutes of the half remaining Mohill further reduced the deficit when Jack Heslin pointed.

With their lead now reduced to two points Ballinamore suddenly looked vulnerable but they responded in the best possible manner with Niall McGovern scoring an excellent goal after a fine pass from Peter Reynolds.

Leading 1-7 to 0-4 as the second half got underway, Ballinamore looked strong and would have found the net for the second time had Ryan O’Rourke not been denied by a fine Eoghan Keegan save.

Mohill came roaring back into contention with Keith Keegan goaled five minutes after the restart. Keegan’s clever run wasn’t matched and Keith Beirne was able to find him in space before Keegan drilled the ball to the Ballinamore goal.

Further points from Keith Beirne and Ronan Gordon frees reduced the deficit to just two points with a quarter of the game remaining but Ballinamore finished strongly to ensure they would not be denied.

Mark Plunkett’s pointed 45 was followed by a second goal as Jack Heslin showed good close control before dispatching his shot.