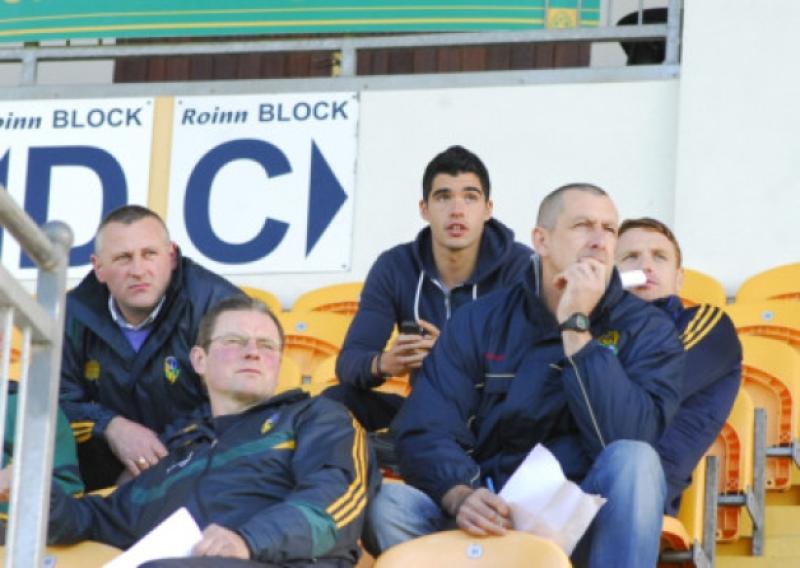 He has barely been in the job a month but new Leitrim manager Sean Hagan has had a busy start to his new job as he plans for next year.

He has barely been in the job a month but new Leitrim manager Sean Hagan has had a busy start to his new job as he plans for next year.

His first job was to secure the positions of those who assist him and last week Sean confirmed the make-up of his backroom team with Christy Carroll and Tyrone native Aidan McCarron joining him as selectors while Brendan Doyle has been appointed to the role of player analyst and Miranda Moran will continue as team physio.

Speaking last Sunday at the trials Sean reflected on his first month in the role as Leitrim manager.

“There was an awful lot of preparation behind the scenes trying to organise these trials. Every club was contacted to make sure that every player, who wants to play for Leitrim and has the ability to play for Leitrim will have the opportunity to do so.

“I’m very happy with the backroom team. It’s very important that you know your men and you can trust your backroom team and I feel that I have that in place.”

One of the questions many have asked since Sean’s appointment revolved around whether or not the four players dropped from the panel earlier in the year would be returning. Both Wayne McKeon and Shane Moran featured in the first trial game with Sean insisting, “the past is the past.

“They are being treated equally, the same as every other player and it’s up to them. If they have the hunger and desire to play for Leitrim they will get the opportunity to do so.”

Looking ahead to Leitrim’s prospects for next year Sean stressed, “The whole emphasis with a new management team is about bringing freshness and enthusiasm into the set-up.

“There is a great foundation within Leitrim football over the years and we’re hoping to build on that.”

Outlining his ambitions Sean stressed the importance of the National League campaign saying, “The bottom line, from day one, we will be concentrating on February 2. We are going to take the Championship on its own merits but the priority at this stage is to get out of Division 4.”

While acknowledging that promotion won’t be easy, Sean believes it is an achievable goal and the work for promotion begins with the trial games for which 99 players have been invited and they continue next Sunday.

“There are fine margins and we are hoping to get the benefit of these trial games, get fresh blood into the panel and push on.”