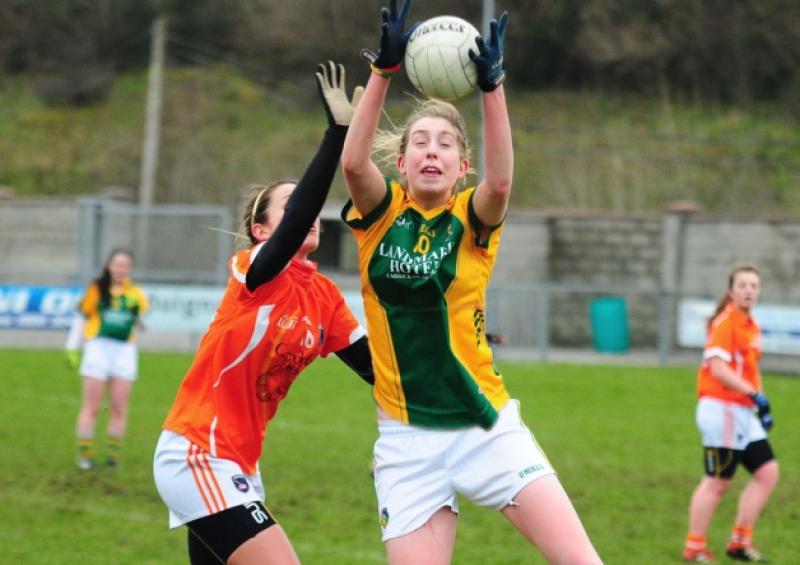 The year began for the Leitrim Ladies with much to be encouraged about but ultimately the 2013 campaign came to an end without any fanfare.

The year began for the Leitrim Ladies with much to be encouraged about but ultimately the 2013 campaign came to an end without any fanfare.

Impressive victories in the opening four games suggested it may be a year to remember but then three successive defeats meant Leitrim would have to enter the play-offs if they wished to make the Division 3 Final.

The Tesco Homegrown Ladies Division 3 campaign couldn’t have started better for Leitrim as they annihilated Wicklow 4-18 to 0-3 with Aine Tighe scoring 2-6.

That victory was followed with a tougher game against Wexford but again Leitrim emerged victorious as they won 1-11 to 1-7.

A tougher game awaited when they travelled to Tipperary but again Leitrim emerged victorious as they overturned an 11 point deficit to record a 5-7 to 3-10 victory to maintain their 100% start.

That record was maintained when Leitrim defeated Sligo 6-15 to 4-8 in a pulsating game but manager Gerry Ballantine stressed there was harder tests to come.

“We have probably played the weaker part of the division but it is great to get the results and to be where we are in the table. It gives us a little bit of a cushion but there are tough games to come.”

Those words proved prophetic as Leitrim slumped to defeat in the next three games. A tight game against Armagh saw Leitrim lose 1-5 to 1-9 before Longford emerged victorious 0-10 to 0-4 and in the final league game Leitrim missed out on securing a place in the semi-finals as they lost 2-9 to 2-17 against Down.

While an automatic place in the semi-final may have eluded them all was not lost as Leitrim still had a play-off encounter with Tipperary for a place in the last four.

When Leitrim came from behind in Clara to level when Aine Tighe scored a late goal to level matters extra-time seemed inevitable but five minutes into injury time Tipperary scored a late free to secure victory.

Gerry Ballantine was frank when speaking after the game saying, “We gave it our all on the day and we can’t crib about the result.”

After the game Gerry revealed Leitrim would be without Aine Tighe for the championship and conceded, “She’s going to be a massive loss for us.”