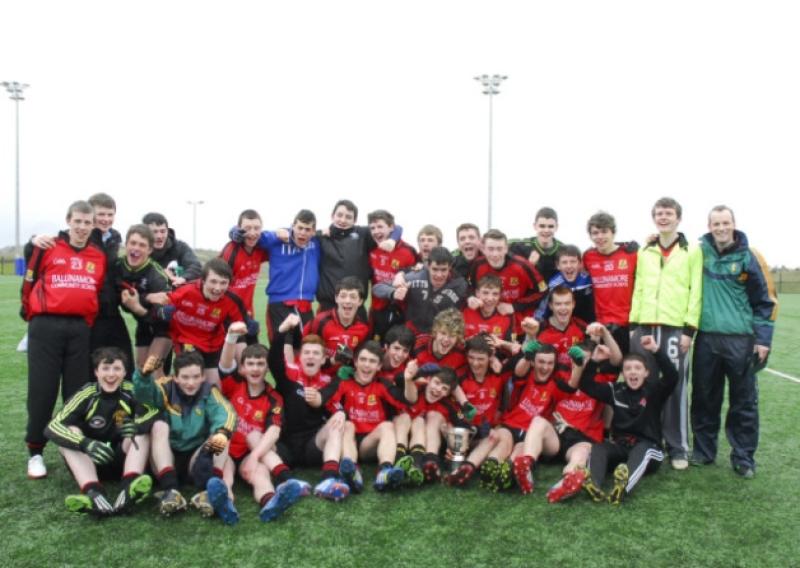 The Leitrim school were simply a class above Crossmolina’s Gortnor Abbey, so much so that you were tempted to say that the contest was over as early as the first quarter, Ballinamore leading 1-5 to 0-1.

It was not just the scoreline that impressed, it was the manner Ballinamore went about demolishing the challenge of Gortnor Abbey - their impressive tackling and harrying of every Mayo player, their strong support play and the way they always found the man in space.

Truth be told, if Ballinamore won this game by another 10 or 15 points on top of their 15 point winning margin, it would not have been out of place as Ballinamore were simply in a different class to a desperately poor Gortnor.

Mark Plunkett was deservedly named Man of the Match for a display full of class and energy in the middle of the park but he got great support from Conor Gaffney, Luke Murphy, Nial and Dean McGovern, Donal Feely, Brian Leyden and Pierce Dolan.

Ballinamore, playing with the now traditional gale force wind down the middle of the 3G pitch in Ballyhaunis, had two points in as many minutes from Peter Reynolds (free) and Niall McGovern before the Leitrim lads put together an incisive move that ended with Luke Murphy sending a rocket to the net.

That was after just three minutes and Reynolds and Plunkett added points before Fionan Duffy hit a point for Gortnor on 13 minutes. But the Mayo school didn’t score for the rest of the half, not the result of the strong wind but rather a Ballinamore team that didn’t allow them a sniff of a chance.

Ryan O’Rourke and Conor Gaffney both added points in the space of two minutes before Niall McGovern saw a shot go flying across the face of the goal.

Ballinamore almost had a second goal when Brian Leyden’s run ended with a shot that was just saved only for Ryan O’Rourke’s follow up to be saved on the line. Plunkett, Murphy, Breifne McKiernan and Leyden all added points before halftime as Ballinamore led 1-10 to 0-1.

Gortnor would have the wind in the second half but they never seriously threatened with the Gortnor keeper making two saves from Plunkett and McKiernan.

Ballinamore finished the game with a point apiece for Gaffney and O’Rourke.

• Ballinamore face Colaiste Ghobnatan from Ballyvourney next Saturday in Gort at 1.45 in the All-Ireland Semi-Final.